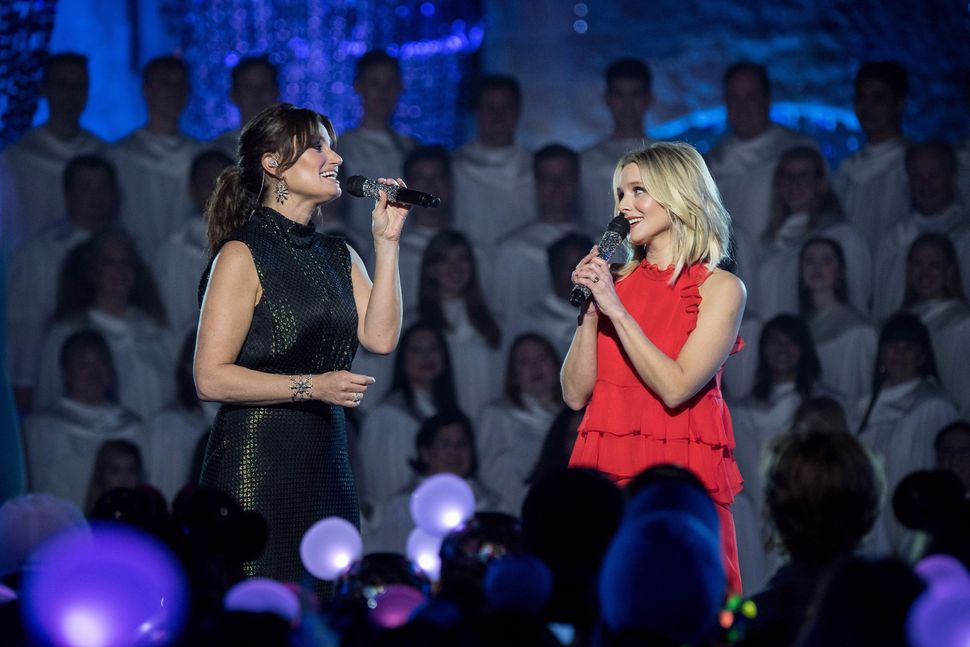 ‘Tis the season of cheery beverages, twinkly lights, and female power anthems about transcending social constructs. “Let It Go,” is the painfully catchy ballad that promoted snow-based self-acceptance when it debuted in the movie “Frozen” in 2013. Now that the temperature is dipping, “Let It Go” is once again gracing our airwaves and, perhaps, our nightmares. But this winter, in addition to “Frozen” merchandise and a “Frozen” Pixar short and a “Frozen” Broadway-bound musical, fans are getting a “Frozen” lawsuit.

According to Digital Spy, Spanish artist Jaime Ciero has brought a lawsuit against “Let It Go” singer Idina Menzel (that’s Elsa to her fans,) singer Demi Lovato (who covered the song for radio,) and Disney. Cicero claims that “Let It Go” is a rip-off of his 2008 song “Volar.” Cicero cites the cord structure, hook, melody, note combinations, and lyrics (so — the whole song, basically).

Listen to Ciero’s song below. Do you think it sounds like it was stolen by “Let It Go”?

In case you need a reminder, and you don’t have anyone born in the 2000s around:

Our verdict: Nope. It’s a nice song, though. We would watch an Idina Menzel-Jaime Ciero collaboration in a heartbeat, especially if it was another seasonal female empowerment song.

Let us know what you think in the comments!