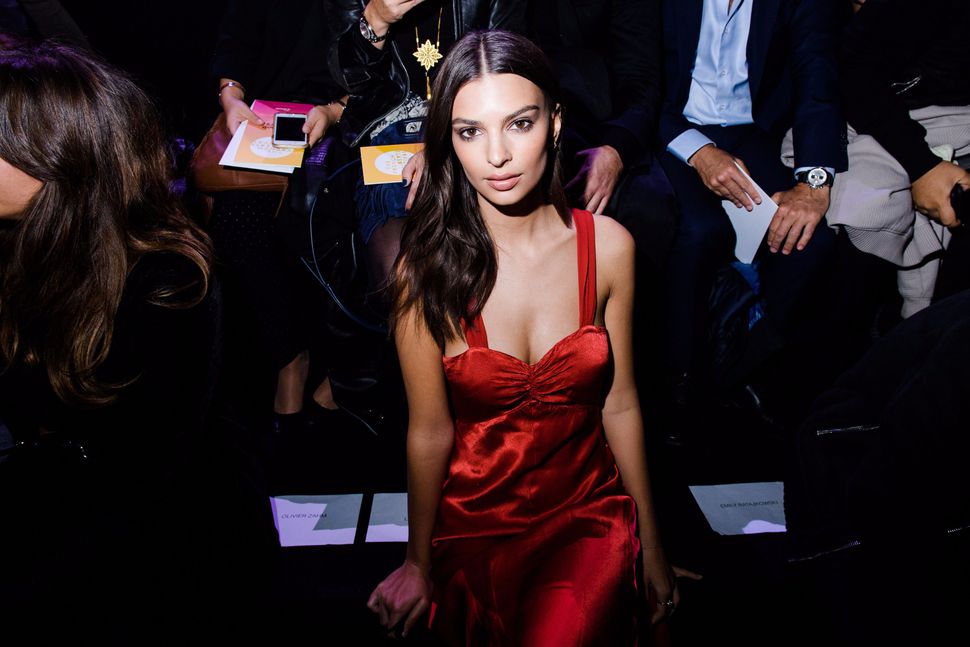 Get this girl a sandwich! (Or some pasta) Image by Getty Instagram

Kiss today goodbye and point me towards tomorrow — I don’t regret what I did for love. But will Emily Ratajkowski regret what she did for ‘LOVE’?

The lingerie-clad model made sensual love to a table covered in spaghetti marinara for the “LOVE” Magazine advent calendar this weekend. Staring at the camera as she rubbed pasta on her breasts, Ratajkowski represented day three of the British magazine’s digital advent calendar. The publication releases a different short video of a model semi-clad model engaged in winter activities every day leading up to Christmas. This year Kate Upton, Karlie Kloss, Ashley Graham and more will be involved. Ratajkowski’s video ends with a quote from the model herself, which reads, “I love pasta and being greased up in olive oil more than life itself!” appearing as if it were a Maya Angelou quote.

Ratajkowski’s video is making some people angry, and others just hungry. In her interview with “LOVE” Magazine, the “Blurred Lines” video star explained that for her the video was a feminist effort.

To me, female sexuality and sexiness, no matter how conditioned it may be by a patriarchal ideal, can be incredibly empowering for a woman if she feels it is empowering to her. The way I dress, act, flirt, dance, have sex – those are my decisions and they shouldn’t be impacted by men. Being sexy is fun and I like it. I should never have to apologize for that. My life is on my terms and if I feel like putting on sexy underwear, it’s for me. Personal choice is the core ideal in my concept of feminism.

Is this third-wave feminism, peak patriarchy, or just a waste of food? (In her defense, Ratajkowski doesn’t really look like someone who eats a lot of food, so it’s probably okay if she wastes one bowl of pasta.)

If you read it as a subversive take down of our culture’s obsession with female bodies and food, specifically the erotic juxtaposition of an emaciated woman’s body next to culinary excess, and the layering of different types of desire designed for what seems to be the male gaze, this is super feminist! But in this pasta-loving writer’s opinion, releasing a video of sex with an inanimate object (even a delicious carbohydrate!) isn’t feminist. It’s also not anti-feminist. It’s just not related to feminism. It’s pornography, which can be used as a means for feminism or sexism, or in this case, I guess, counting down the days until the anniversary of the birth of Christ.

Ratajkowski is doused in olive oil, so politics aside, this makes a great educational video leading up to Hanukkah.

Take it from somebody who just watched this three times at work — this video is really, really not safe for work: