No, Virginia, The ‘Santa’s Life Is Empty’ Kid Isn’t Jewish 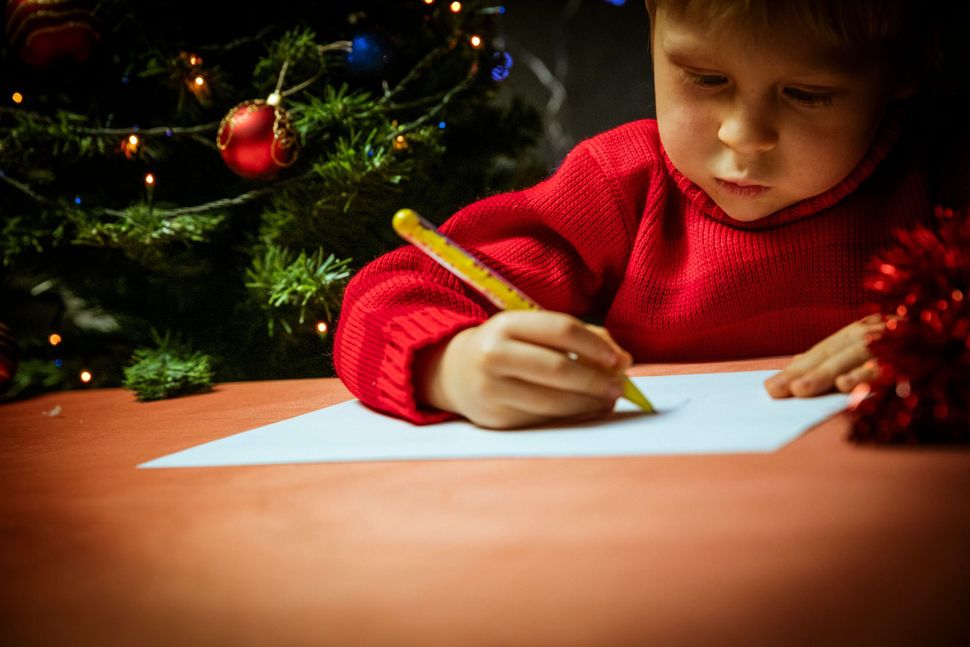 ^Not one of ours Image by Getty Images

Jews don’t have Santa Claus. We don’t have something called “Hanukkah Harry.” We don’t have an Easter bunny. All we have is a book with 613 rules about how to decapitate a heifer.

And you know what? We love it! We love beautiful, shining displays of Christmas cheer, and we also love that we have more holidays than there are planets in the solar system. We love watching Christian movie weddings, and we love knowing that our weddings will come with a free chair dance. No bitterness here.

So it is especially vexing that a rumor persists that every year snarky chosen children ruin Santa Claus for their Christmas-celebrating classmates. Yes, I tell you! Jewish parents in assimilated communities live in fear that their 5 year-old will accidentally be the one to announce to kindergarten that a velveteen covered reindeer-rider won’t be tucking presents under their tree.

Don’t believe me about this particular Dead Sea-sized chip on my shoulder? It’s just as Schmidt says to his goyische roommates on “New Girl”: “We were on very strict instructions from Rabbi Shmuely not to say a word before the last Christian kid found out about Santa Claus. Ruining Christmas? Very bad for our brand.”

So today, when a six year-old boy in Virginia was assigned to write a letter to Santa Claus and included the phrase “Your life is empty,” the Jewish diaspora collectively held its breath. Madoff, Harvey, child Santa-smighter: it’s all bad for the Jews.

The letter, which was written by NPR reporter Sarah McCammon’s son, has been ‘liked’ over thirty-two thousand times on Twitter. The language is brutal.

My 6yo Santa skeptic was told to write a letter to Santa at school. So he did… pic.twitter.com/XUFGMnXDFT

McCammon’s son may not know how to spell “emty,” but he does know how to emotionally destroy the man and the myth of Santa Claus. But the verdict: Young Mr. McCammon is not a Jew. He is, for a brief moment, the most well-known anti-Claus conspiracist on our little blue marble and he is not one of ours.

Huzzah! The children’s version of the Jews-killed-Jesus rumor is coming to an end. Yes, that’s right, I’m equating the two millennia-old anti-Semitic rumor of Jewish deicide with the widespread belief that Jewish children spoil Santa Claus. Santa’s epistolary destroyer sounds like a bright young mind and a fabulous cynic, but it’s okay for every Scrooge not to be ours. Folks, remember for the future: Jews can take responsibility for a lot of things. We can take responsibility for fidget spinners, and the atomic bomb, and Howard Stern. But we’re not going down for ruining Santa Claus.

No, Virginia, The ‘Santa’s Life Is Empty’ Kid Isn’t Jewish