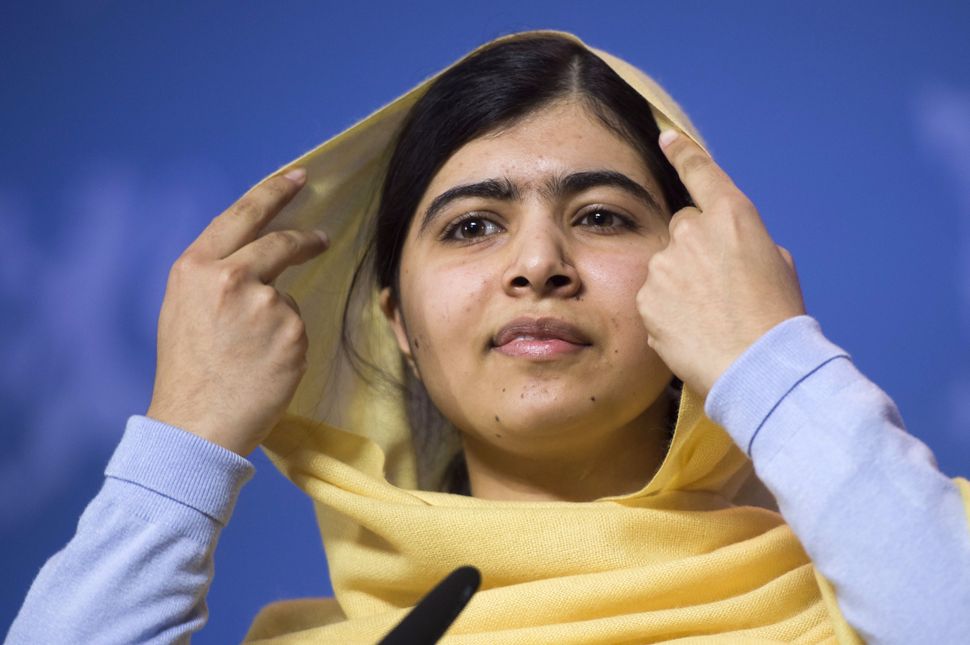 Malala Yousafzai, the Pakistani women’s education activist and youngest person to have won the Nobel Peace Prize, visited the Anne Frank House on Sunday, December 10. Yousafzai, a student at Oxford University who has launched major education initiatives, was personally targeted and shot three times by a Taliban gunman on her school bus as a 15 year-old. On Sunday, which was U.N. Human Rights Day, Yousafzai visited the annex apartment in Amsterdam where Frank hid from the Nazis with her family and other Jews for over two years during World War Two, and where the teenager wrote her diary.

Standing in the annex holding a copy of the famed diary, which is one of the best-selling books of all time, Yousafzai tweeted an image of herself at the museum with this caption:

“The words Anne Frank wrote in this room still remind us to cherish and defend human rights. Today, I am thinking of Palestinian and Rohingya children — and all around the world still struggling to achieve Anne’s dream of freedom.”

The words Anne Frank wrote in this room still remind us to cherish and defend human rights.

Today, I am thinking of Palestinian and Rohingya children- and all around the world still struggling to achieve Anne’s dream of freedom.#HumanRightsDay pic.twitter.com/jmFcYTkZoR

Is Yousafzai casually conflating the genocide of the Jews and the genocide of the Rohingya with the situation of the Palestinian people? Or is she simply saying that Anne Frank’s desperate years trapped in an attic in some ways resemble the difficult circumstances of many Palestinian youths? (After a day trip to Hebron would you tell me that’s an unjust comparison?) Should we just let it be because Yousafzai is just a University student? Or take it seriously because she is a major and effective activist?

Although Yousafzai and Frank were born 70 years apart they were both targeted as teenagers because of their identities and robbed of their human rights. Both changed the way the world thought through work they did before they turned 20.

One can’t help wondering if, under different circumstances, they could have become friends.