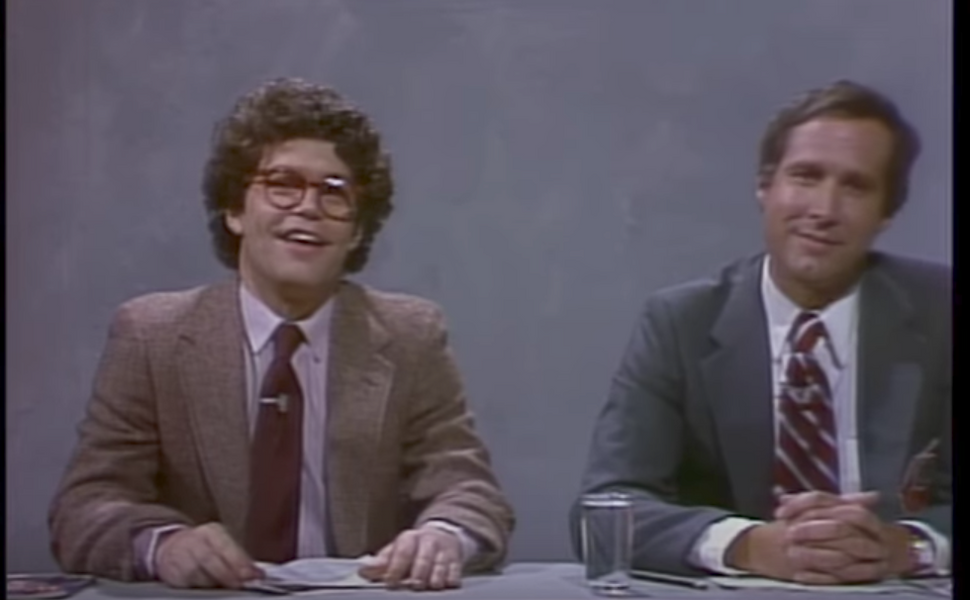 Is America ready for a nuanced commentary that uses comedy to examine how women can be inconsistent about sexual harassment allegations?

Of course! We are always ready for great, nuanced criticism no matter how hard it is to hear.

But what happened on “Saturday Night Live” over the weekend was not great or nuanced. The sketches that focused on sexual assault were grimly un-funny and defensive of accused perpetrators, not victims. The program was hosted by three-time SNL alum (and beloved yid) James Franco and featured several sketches that mentioned sexual harassment. In particular, they dealt with the recent resignation of Al Franken — who is an SNL legend for serving as writer, actor and “Weekend Update” host over 15 years. If comedy is meant to provide levity in dark times or shine truth on difficult issues, “Saturday Night Live” this weekend was a failure.

“Sexual Harassment Charlie,” the main sketch to tackle current issues, received a time-spot in the show reserved for the best sketches. The premise: a company is firing two employees — a white CFO (James Franco) and a black desk worker (Kenan Thompson) — for sexually harassing female employees. As the CFO delivers sincere apologies which the women in the office rebuke, the other man rejoices in the memory of his harassment exploits, unrepentant. The office women find the cheerful, black harasser charming and consider the stiffer white harasser a criminal. “It just feels like you guys are going easier on him cause he’s a charming old black man, and he’s done way worse stuff!” the white harasser earnestly cries, at one point.

This sketch would be so, so funny if it was a low-budget YouTube video and I was a men’s rights activist dipping a toe into the Blue Lives Matter movement. As is, it’s a pretty anti-woman sketch that runs just long enough to reach its inevitably bigoted conclusion. The joke seems to be that wealthy white men are having their lives ruined over sexual comments that would be considered funny if they were delivered by a poor black man, and the crux is that women are too stupid and fickle to put a stop to it.

Is it possible that “Saturday Night Live” ratings are so low that the show is trying to pick up an “alt-right” following?

The joke is constructed so that the white harasser plays the “straight man,” a stock character who is serious, while his counterpart (in this case the African-American harasser) is ridiculous. The female accusers are played as an inconsistent and bimbo-ish jumble of X chromosomes. So somehow, the nation’s oldest and most revered comedy show took a moment in which women’s assault and harassment stories are finally, sometimes, sort of being believed and wrote a sketch in which a white, male boss is the likable hero. And, furthermore, did it in a sketch in which harassed women are the butt of the joke and longtime sexual harassers are the victims of an unfair, insidious system. Most inconceivable was the notion that there exists in harassment charges a racial component that biases women and white employers against white men and leads them to favor black men.

“Saturday Night Live” telegraphed the idea that powerful white men who harass women are being taken down unfairly for what could be reasonably seen as funny jokes less than a week after Franken was forced to resign his senate position. That’s shocking. Other mentions of Franken throughout the show were met with rueful laughter (“Al Franken is on Santa’s naughty list!”) or quickly pivoted to the unfairness of Franken’s resignation compared to Roy Moore’s continuing candidacy. The show took better shots at college musical theater majors than it did at Franken.

These bits aren’t edgy comedy, they are just acknowledgement that some people on the “Saturday Night Live” writing staff don’t think this whole “don’t sexually harass women in the workplace or elsewhere” thing is that big of a deal. “Saturday Night Live” isn’t funny lately. Note to the writers and producers — telling America that sexual assault is “just joking around” won’t make the show feel more like a comedy.