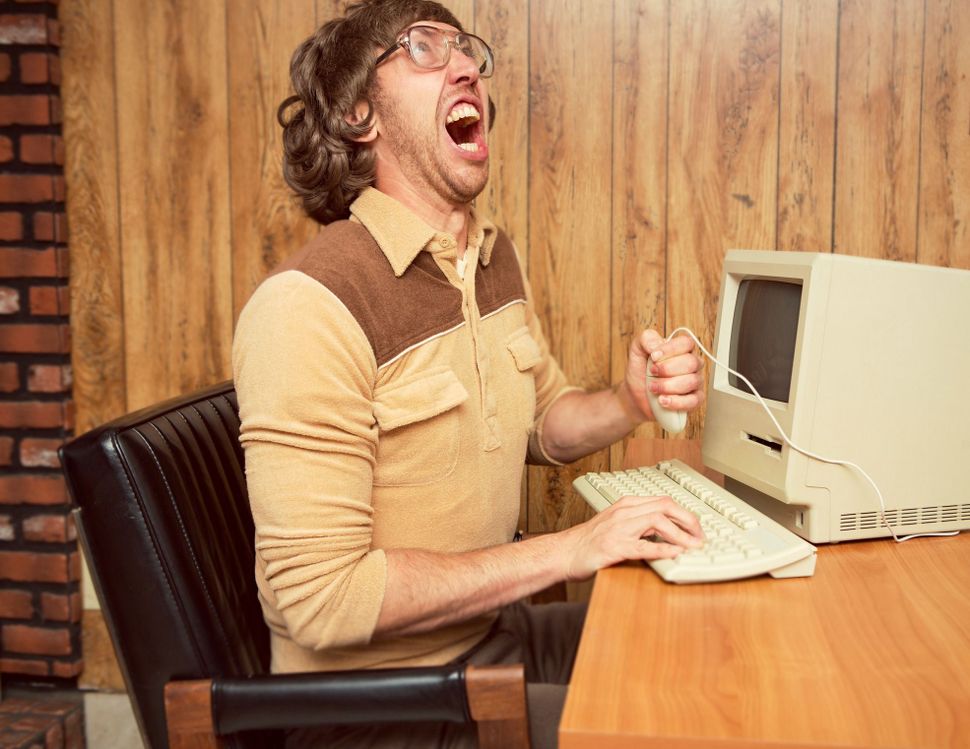 A wrathful Jew. Image by iStock

Biblically, Christianity is a religion of forgiveness and selfless love. Judaism? Less so. According to our oldest sacred texts we have an angry God and we are an angry people. We strike death blows on Egyptians. We gouge out the eyes of our enemies. We kill 200 Philistines and take their foreskins as spoils. Today the Jews are angrier, and funnier than ever.

Here is a non-exhaustive list of all of the Jews who were enraged this week:

The Jew lawyer in all of us:

“It ain’t over til the Jew lawyer sings”-Roy Moore

Jews who recognize seasonal literature when they see it:

Sean Spicer thinks that A Christmas Carol is a collection of Christmas carols pic.twitter.com/b8k2NzW2LT

Annual reminder not a single Jew in history has ever minded saying “Merry Christmas.” Though if you don’t mind maybe you could stop blaming us for your problems or better just ignore us entirely? https://t.co/05HHZz7KBA

Friends of the Jews:

Jews who refused to let their location keep them from their tradition:

Anyway throwback to Hanukkah 5777 when my boyfriend was stuck in a West African jungle without a menorah. pic.twitter.com/3IZdaUd6g4

It’s like an accused child predator who was twice removed from the bench, opposed to gays and Muslims and half the Constitution can’t catch a break these days

Just Jews who are being Jews:

I’m the most powerful Jewish woman in this forest fire

This tax bill was written for Republicans’ wealthy campaign contributors. I want to congratulate my Republican colleagues for their honesty about that.

Jews who are succinct:

And finally, not rage, just rabbits:

This is one of those bad news/good news things from the Jewish Chronicle. pic.twitter.com/Gq0wpMwxWo

Happy Hanukkah! May your rage burn on long after the eight nights are complete.