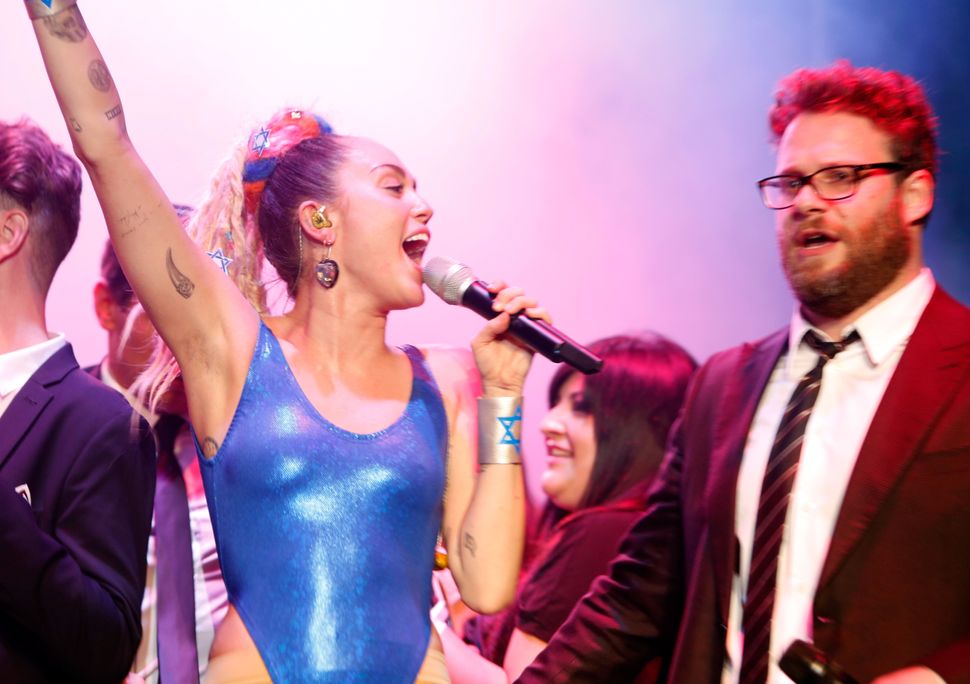 Extra points if you can spot the judaica Miley Cyrus is wearing. Image by Getty Images

Seth Rogen isn’t a terrorist who has long planned a presidential assassination along with Miley Cyrus and James Franco. If he was working with Miley Cyrus we would know — his movies would have more women in them! (I’m going for a tone of light humor that nevertheless seethes with feminist rage here. How’m I doing?) Nevertheless, today an extreme right-wing website accused “Rogan,” Cyrus, and Franco of conspiring to murder the president in a large scale terrorist attack. “Liberalism is, in fact, a mental disorder,” the writer of the article reflects sadly.

Rogen took to Twitter today to soothe his fans who may have been riled by this story. Rogen, who may be this generation’s Mandela (I kid,) reassures fans that his captors allow him phone-access in his cell. “Haha,” he adds, and we heartily second the sentiment.

This is a right wing news website that says me and Franco and Miley Cyrus got arrested. Luckily they let me tweet from prison. Haha. https://t.co/KyAfqUrcyN