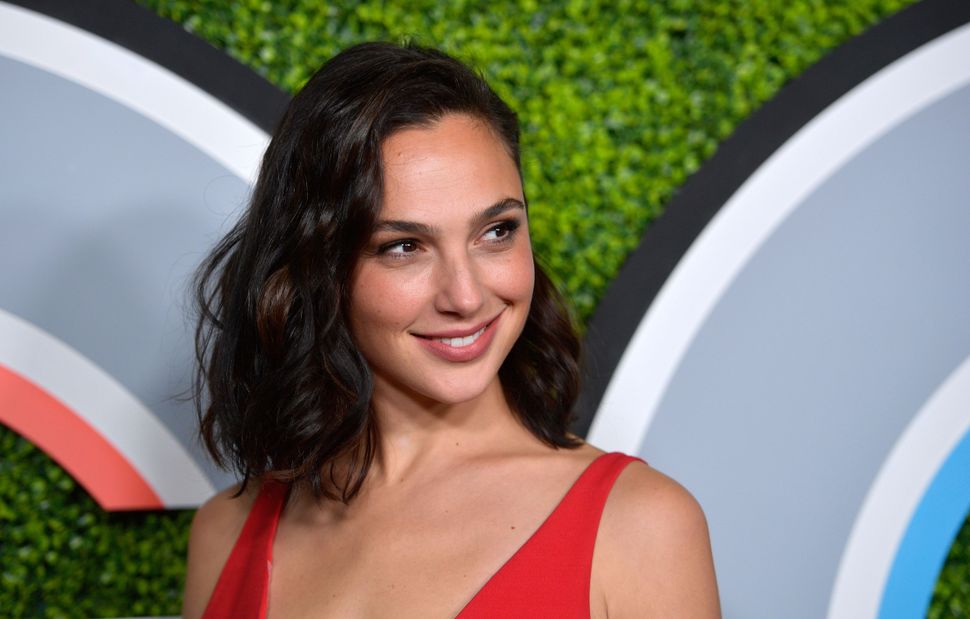 Don’t let us down, Gal! Image by Getty Images

The great news: against all odds, a woman with a mysteriously unpronounceable last name from a desert country that is 1/90th the size of Mexico has become one of the world’s most beloved movie stars.

The confusing news: her next movie, slated for late 2018, might be a post-World War II revenge thriller about a Nazi captain who decides to kill his former SS comrades as a way of atoning.

I think I speak for the entire Jewish people when I say, “I’m going to need to talk with my therapist about this.”

It seems that for some time, “Wonder Woman” star Gal Gadot has been negotiating to co-star in “Ruin,” an action-adventure movie about a violently repentant Nazi.

Was this Herzl’s dream? Did his utopian “light unto the nations” state for the Jews imagine IDF alums who go so full-circle that they make movies valorizing top-brass Nazis?

Keep in mind — this isn’t a movie about a German civilian who was swept away on the tide of fascism before beginning to question his complicity in a genocide. It’s about a Nazi captain after World War II. So this fantasy character joined the Nazis, rose through the ranks of those efficiently genociding Jews, and only began to remorsefully gear up for a bloody, self-directed day of atonement after his side lost the war.

A strange vehicle for an Israeli movie star, and a poor choice for a movie. At least, so it would seem. A movie where Gal Gadot hunts and kills Nazis solo would be highly preferable.