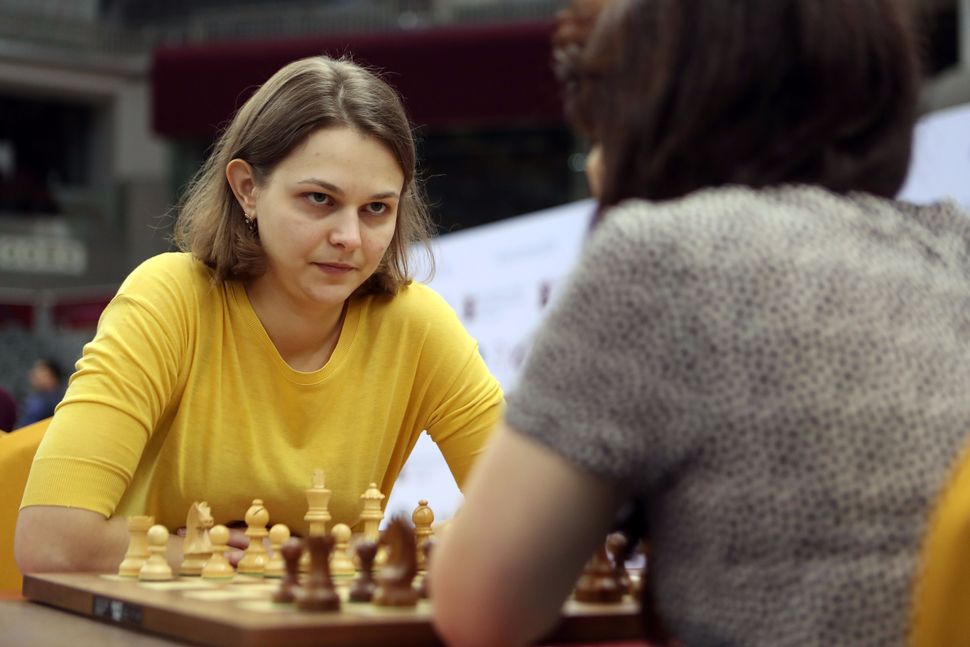 Anna Muzychuk, a 27 year-old Ukrainian woman, currently holds two World Champion titles in speed chess. This week she will lose them both without playing a single game.

Because Muzychuk, along with her sister Mariya Muzychuk — also a chess grandmaster and 2015 Women’s World Chess Champion — is not willing to abide by the rules about dress and behavior that dictate life for women in Saudi Arabia. And after that country forked over the equivalent of $1.5 million US dollars, more than a standard bid, this year’s chess championship competition will be held there.

“I am ready to stand for my principles and skip the event,” Muzychuk wrote this weekend in a Facebook post that has now garnered tens of thousands of responses. Muzychuk, who holds world championship titles in both rapid and blitz chess — games that allow fifteen minutes per player and ten minutes per player, respectively — will not return to defend the titles she gained at the 2016 games in Qatar. Muzychuk wrote that the strictures against female freedom in Saudi Arabia prevent her from participating in the competition. “[I decided] not to play by someone’s rules, not to wear abaya, not to be accompanied getting outside, and altogether not to feel myself a secondary creature,” she wrote.

The Independent reports that Saudi leadership has loosened restrictions on women’s dress for the tournament, which began on Tuesday, and does not require that competitors wear the traditional abaya. The Muzychuk sisters have found that concession unacceptable; by skipping the tournament, both sisters stand to lose not only their titles, but also substantial monetary prizes. According to the Independent, prize money at the competition will be up to four times the normal figure a champion would win. “In five days I was expected to earn more than I do in a dozen of events [sic] combined,” Muzychuk reflected.

This year’s championships also came under fire for what Israeli officials say has been a refusal by their Saudi Arabian counterparts to grant visas for Israeli players, resulting in the entire Israeli chess team being barred from the competition. A spokesperson for the Saudi Arabian ambassador to the United States said in a statement on Monday that visa applications for the tournament were ignored in cases where Saudi Arabia has “historically not had diplomatic ties with a specific country.” However, players from Quatar and Iran, countries that have also had strained ties to Saudi Arabia, have been granted visas. The Israeli Chess Federation is now demanding that the World Chess Federation “compensate the Israeli players who were denied visas and could not participate in the event.” The Israeli organization also demands that the organization not allow Saudi Arabia to host next year’s competition, which the country currently holds a contract to host.

“The most upsetting thing,” Muzychuk wrote of her decision not to travel to Saudi Arabia, “is that almost nobody really cares.” Both Muzychuk sisters say that this setback will not keep them from competing on the world stage when they next have the chance. “For those few who care — we’ll be back!” Anna Muzychuk wrote.