‘I Will Never Be Silenced’: Let This Gal Gadot Speech Change Your Day 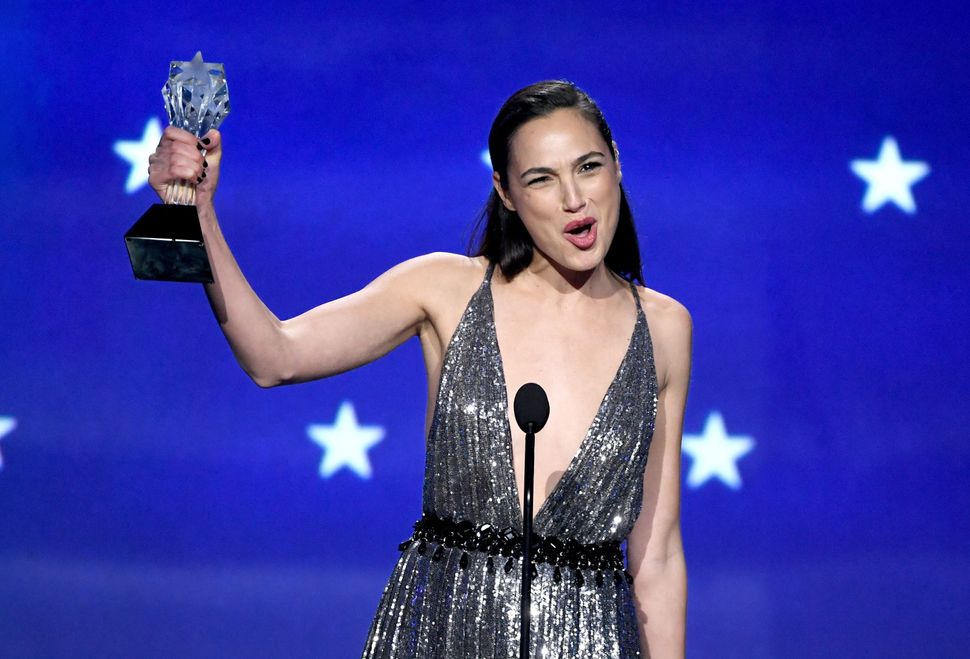 Dressed like a sexy, lavender disco ball, Gall Gadot tossed her pre-prepared speech to the floor to applause from the crowd of A-listers. In a now-viral speech on Thursday night, the newly minted Hollywood superstar accepted the #SeeHer honor at the Critics’ Choice Awards, which recognizes a person who has demonstrated “the importance of accurately portraying women across the entertainment landscape.”

Calling “Wonder Woman” director Patty Jenkins “my friend, my sister,” Gadot delivered a characteristically genuine speech about the power of female role models in media, while the camera panned to the likes of Angelina Jolie and Reese Witherspoon, nodding in rapturous approval.

At the event, at which “The Disaster Artist” star and creator James Franco was notably absent, “Wonder Woman” also received the award for “Best Action Movie” while “The Big Sick,” written by power couple Kumail Nanjiani and Emily V. Gordon, which has been largely passed over, won for “Best Comedy.” Gadot’s speech was a highlight of the redemptive-feeling evening.

“Now,” Gadot said, in her trademark aliyah-encouraging-Israeli-accent, “when I started acting there were very few female-led movies, and even fewer female directors. This year, three of the top grossing films were female-led, and one of them was directed by my wonderful Patty Jenkins.” Gadot drew attention to the still-miserable ratio of female directors to male directors (only eight of the top 100 grossing films of the year were directed by women) and said, “in the past weeks and months we’ve been witnessing a movie in our industry and society, and I want to share this award with all the women and men who stand for what’s right.”

She added, with the conviction of Diana herself, “My promise to you all is that I will never be silenced.” The camera panned to the audience, where men smiled politely and women glowed.

Let Gadot’s words on equality inspire you to have a meaningful Martin Luther King Day:

‘I Will Never Be Silenced’: Let This Gal Gadot Speech Change Your Day