Rejoice! Men Like Mark Wahlberg Are Being Shamed Into Giving Tzedakah 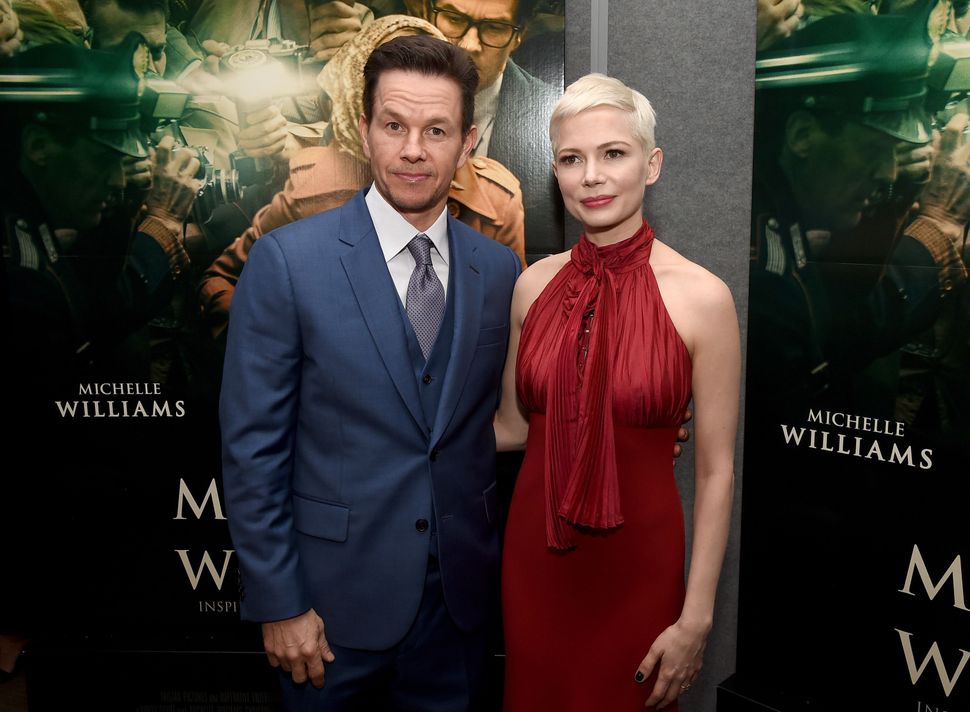 A glorious Monday to one and all! We are happy, and frankly humbled, to be here today to report that the humiliation and moral reckoning currently facing powerful men everywhere is being turned into a financial gain for under-served women. Is a queer, Jewish star of the seminal Broadway musical “Rent” named Anthony Rapp at the heart of all this? YES, BARUCH HASHEM, YES!

You may remember that in October, Jewish actor Anthony Rapp alleged in a BuzzFeed report that actor Kevin Spacey made inappropriate sexual advances towards him when he was 14 and Spacey was 26. Spacey, who had been dogged by rumors of inappropriate conduct throughout his illustrious career but had never suffered any clear repercussions, was abruptly finished. As Hollywood scrambled to demonstrably distance itself from Spacey, director Ridley Scott took extreme measures, cutting Spacey out of his film “All The Money In The World” and re-shooting each moment with Christopher Plummer as Spacey’s replacement, scant months before the movie was to premiere.

Many found Scott’s decision gratifying, whether because it suggested an altrustic motivation, or because it proved that the #MeToo movement had gained such power that ignoring it could have major financial consequences. Sadly, this glorious feminist re-shoot gambit involved gender discrimination on a massive scale.

Just last week it was revealed that while actress Michelle Williams donated her time, re-shooting her role for a per diem fee of just $80, co-star Mark Wahlberg was paid $1.5 million for his part in the re-shoot. That means that for a similarly-sized role and as an actors of more or less equal stature, Wahlberg received over 1,500-times his female co-star’s salary. The kicker? Williams and Wahlberg are represented by the same agency. The exact same people negotiated 1,500-times more pay for their male client.

“They could have my salary, they could have my holiday, whatever they wanted,” Williams said of her willingness to re-shoot a movie for under $1,000. “Because I appreciated so much that they were making this massive effort.” When the studio approached Wahlberg with the proposal to re-shoot the film, his rep told them, “I don’t work for free.”

After a righteous outcry from every person with a beating heart and an internet connection, Wahlberg just announced that he will donate his salary for the “All The Money In The World” re-shoots to the Time’s Up legal defense fund in Williams’ name. Wahlberg and Williams’ talent agency, WME, announced that it will be adding $500,000 as well. “I 100% support the fight for equal pay,” said Wahlberg, who as Forbes’ highest paid actor in Hollywood in 2017 cleared $42 million more than the year’s highest paid actress, Emma Stone.

The public’s memory is short for things like Mark Wahlberg beating a stranger unconscious with a stick while screaming racial epithets, but long for things like Britney Spears shaving her head. Why? Because the world is a place of perpetual disappointment? Yes, probably. But the lesson here is clear and must be made memorable — no matter the behavior, whether assault, sexual misconduct or sexist prejudice, actors and agents will get away with it unless one brave person speaks out and the public believes. It took a massive social movement and public shaming for Mark Wahlberg and WME to do the decent thing. Good for them for doing it. Faster next time, please.

Directors with millions of dollars at stake won’t fear box office repercussions unless the whole world decides to stop making exceptions for accused sex criminals who happen to be talented. Men will not work to close the gender pay gap until public outcry gives them no other choice. And the best people to move this painful machinery of anger and indignation forward are women, queer men, assault-survivors and people of color. “If we truly envision an equal world, it takes equal effort and sacrifice,” Williams said in response to Wahlberg’s donation. “Anthony Rapp, for all the shoulders you stood on, now we stand on yours,” she told The Hollywood Reporter.

Welcome to 2018 — let the shame-induced financial reparations from male criminals roll in like a river, and righteousness like a mighty stream.

Rejoice! Men Like Mark Wahlberg Are Being Shamed Into Giving Tzedakah