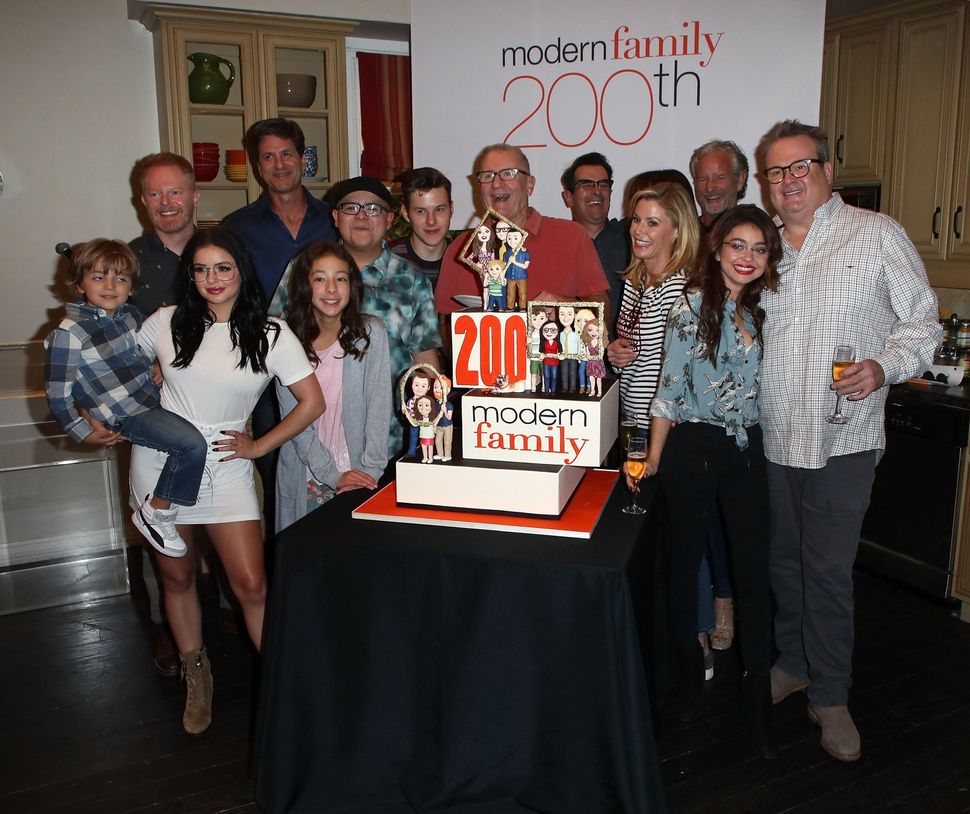 The cast of “Modern Family” with creators Steve Levitan and Christopher Lloyd. Image by Getty Images

The tyrannical rule of the neoliberal trash, enemy-of-art ABC sitcom “Modern Family” may be coming to an end.

“Our plan is to end it at 10 [seasons],” Steve Levitan, the show’s co-creator, told The Hollywood Reporter. “If we can leave with most of our audience wanting more, I think that’s the right way to do it. Never say never, but I just can’t imagine that we’d go past that,” he said, quoting both a cliche and a Justin Bieber lyric in the signature style of the show.

“Modern Family,” beloved by people who land in the intersection of the Venn diagram of “People Who Vote Democrat” and “People Who Would Be Inconsolable If One Of Their Children Ever Came Out As Gay,” recently celebrated its 200th episode. 200 episodes! That’s more episodes than the number of years that the patriarch Abraham is said to have lived. Abraham could have watched one episode of “Modern Family” every birthday and still have had 25 to cram on his deathbed.

“Modern Family” has been, since its first episode lo some 4,400 broadcast minutes ago, tasteless hooey that takes every opportunity to mock gays, dump on foreigners or depict female characters as chasms of unrestrained sexuality or shrewish nitwits. (I do have a soft spot for Phil, though.) It is a show co-created by a Jew with zero major Jewish characters. It is a show that, predicting the Trump election and likely the fall of Western Civilization, has snatched Emmys out of the hands of shows like “30 Rock,” “The Office,” “Curb Your Enthusiasm,” “Veep,” “Parks And Recreation” and “Transparent” — shows that depend more on storytelling than racism. It is most consistent over its nine interminable seasons when it comes to using its “progressive” reputation as an excuse to troll minority groups and women like an amateur meme artist.

The decision to end the show hasn’t been finalized yet, because the universe is random and cruel and God may or may not be some kind of one-hit-wonder clock-maker (at least that is what I think my Hebrew school teachers were trying to say.) But all good things must end — and all mediocre-verging-on-torturous things must end as well. But, before “Modern Family” does end, let me just say that if you have watched it and it has brought you joy, then that is a wonderful thing (next time find joy in something less prejudiced). This is the Golden Age of television and not much else, so make like Abraham and lech lecha before you die — great TV awaits you, you just have to leave the Pritchetts behind.