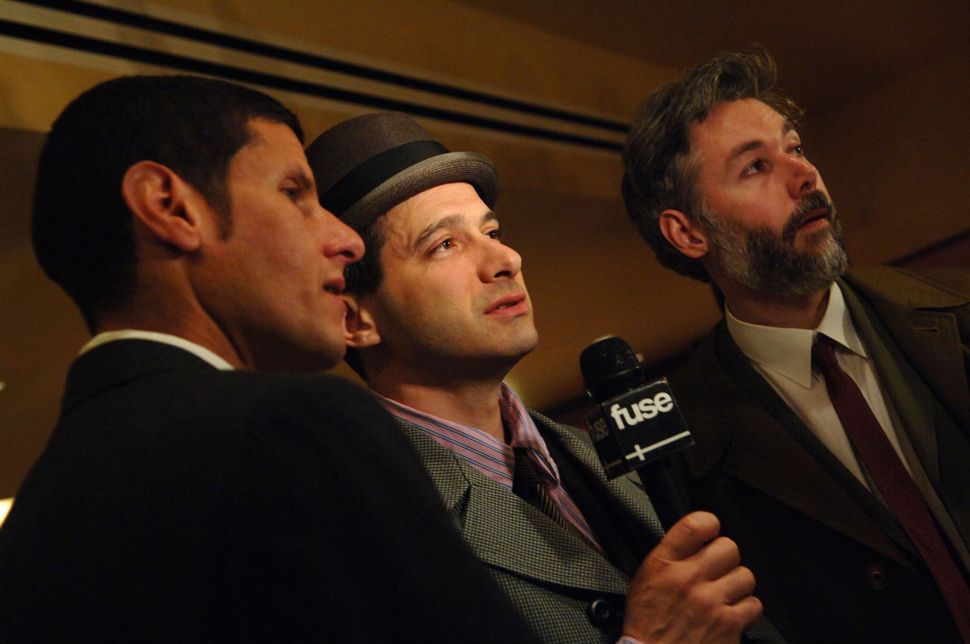 The Beastie Boys, together in 2006 Image by Getty Images

The world has been waiting for a Beastie Boys memoir since surviving members Mike D and Ad-Rock inked a deal to write one back in 2013. Now we will finally be able to say “Hello, Nasty” to the long awaited memoir. “We’re actually going to finish it, and it’s going to come out finally,” Mike D told Pitchfork of the book’s 2018 release date.

When the artists initially announced the deal, Ad-Rock was adamant that the book could not be completed before 2017. This week, Mike D explained that the delay is due to the complexity of recording the band’s unique history, situated in the historical context. He said, To tell our story, we have to give the cultural history of where we came from. So New York City in the ’80s, you had all these incredible, exciting music, art, film, all that sort of has to converge to be able to explain.” He continued, “it’s kinda surreal what happens in bands’ lives so you kind of have to use all dimensions to tell the story more accurately.”

The Rock and Roll Hall of Famers disbanded in 2014 after the death of MCA, the band’s third member, but they hope their book will pay homage to their experience and their place in music history.

“It will be unlike any other music book,” Mike D said.

Listen to the boys talk books to the English DJ, Matt Wilkinson, here.