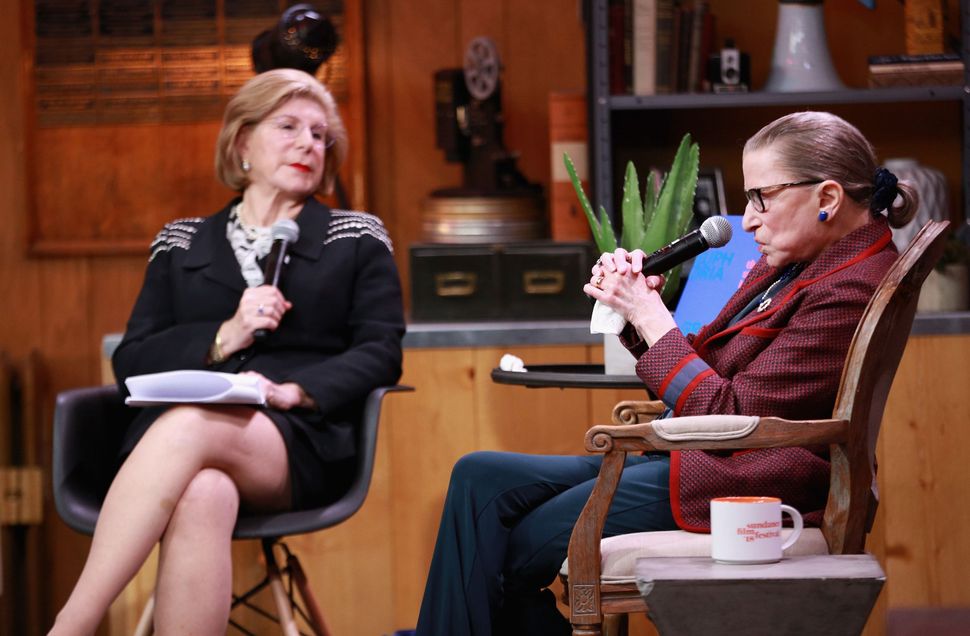 Those were Supreme Court justice Ruth Bader Ginsburg’s words in response to the man who gave her her first ever “#MeToo” moment, requesting a sexual favor in exchange for information about an upcoming exam. He was her professor at Cornell, and she was an undergraduate student. As Ginsburg told NPR’s Nina Totenberg in an interviewat the Sundance Film Festival on Sunday of the #MeToo movement, “I think it’s about time.”

Ginsburg, who faced major gender discrimination throughout her academic career and even searching for jobs after graduating at the top graduate of her law class at Columbia, reveled in the changes that she herself has overseen. She told Totenberg, “For so long women were silent, thinking there was nothing you could do about it, but now the law is on the side of women, or men, who encounter harassment and that’s a good thing.” 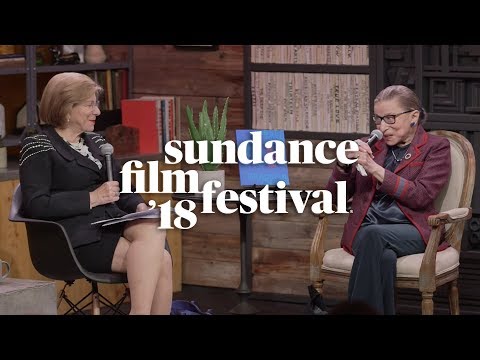 The justice, who, along with the other 8 women in her 500-person class at Harvard Law School was asked by the Dean why she was taking the place of men, told the audience at Sundance, “every woman of my vintage knows what sexual harassment is, although we didn’t have a name for it.” Ginsburg also said that she isn’t concerned so far about negative backlash the #MeToo movement could provoke. “So far it’s been great,” she said. “When I see women appearing every place in numbers, I’m less worried about a backlash than I might have been 20 years ago.”

Ginsburg, who will be in conversation with Forward Editor In Chief Jane Eisner on February 1, founded the ACLU Women’s Rights Project, brought gender discrimination cases in her time as a lawyer and has served as a (sometimes) quiet crusader for women’s rights on the Supreme Court. Some of her battles, she told Totenberg, have been smaller and more personal. As the first tenured female law professor at Columbia University, she frequently fielded calls from her son James’ teachers, fed up with James’ “lively” (Ginsburg’s word) personality. Tired of the calls, she finally told an administrator, “This child has two parents. Please alternate calls. It’s his father’s turn.” After that, she says, the calls became much more rare. “The reason was they had to think long and hard before asking a man to take time out of his work day to come to the school,” Ginsburg said.

A pioneer at home and on the bench, Ginsburg has also become a major pop culture icon, known by her fans by the loving moniker “The Notorious RBG,” a name that was inspired by a legendary rapper. “My colleagues are judiciously silent about the notorious RBG,” Ginsburg reported. Asked by Totenberg to air her opinion on the recurring Saturday Night Live “RBG” caricature played with exuberance by Kate McKinnon, the justice, evoking her alter-ego’s catchphrase, admitted, “I would like to say ‘Ginsburned’ sometimes to my colleagues.”