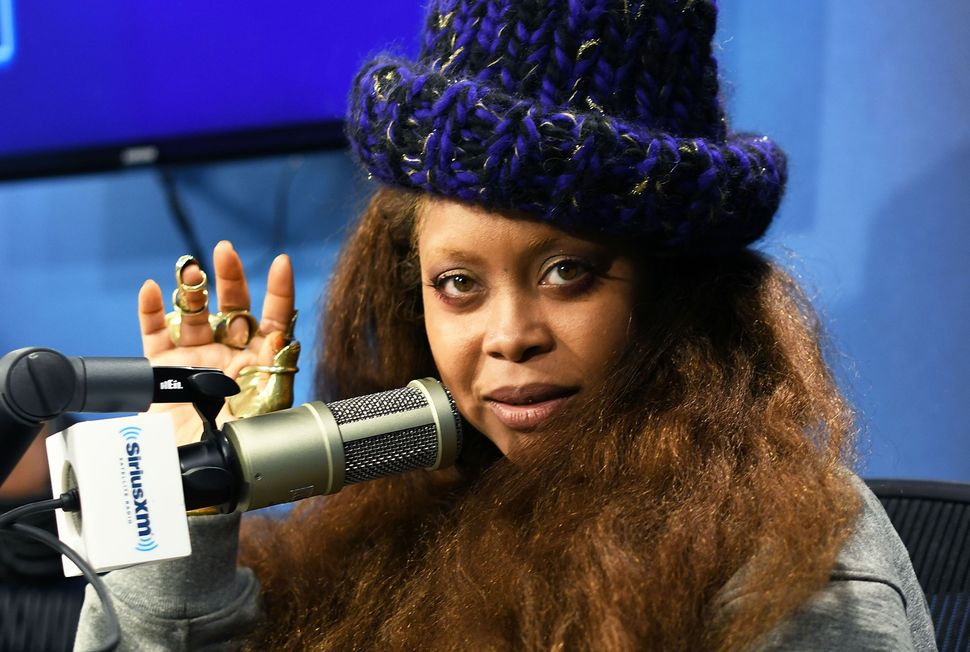 Is it right to separate the art from the artist? Can it ever be appropriate to enjoy the art of a person who may have committed evil acts?

Musician Erykah Badu is taking the question a step further, asking specifically, if the artist is Hitler and the art is paintings made by Hitler, can we enjoy the paintings and, thus the person?

Badu gave an interview to Vulture today, in which she noted, “I see good in everybody. I saw something good in Hitler.” When pressed by the interviewer, she added, “Hitler was a wonderful painter.” (Though when pressed further, she admitted he was a “terrible painter.”)

Badu deserves some understanding though. She explains several times that she is trying to approach the world from a humanist perspective, that she “would never want to hurt people,” not even “a group of white men who believe that the Confederate flag is worth saving.” Her position, that trying to see Hitler as a human being instead of a monster is a useful way to try to process a violent world, isn’t insane or inherently offensive. More troubling, though, is Badu’s refusal to consider that her views might fuel the fire of anti-Semitic rhetoric, causing people to get hurt.

Google the phrase “anti-Semitism” and grace us with a thoughtful song about it, Erykah! We’ll even accept a painting.