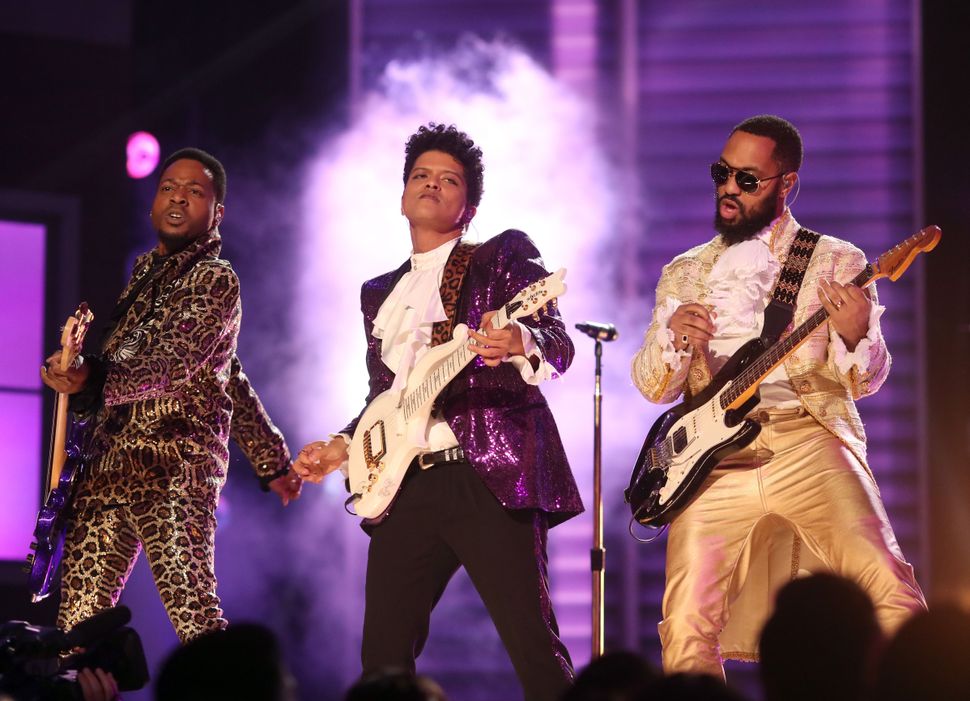 The mild-mannered, mega-talented purveyor of some of the toe tapping-est popular music out there, Bruno Mars, is Jewish. The artist, who swept the Grammys on Sunday night, winning in the three major categories Best Album of the Year, Best Record of the Year, and Best Song of the Year, as well as awards for Best R&B artist and Best R&B Performer. Throughout his accolade-stuffed career, Mars has also been on the endless receiving end of a question put succinctly in this Huffington Post headline: What Race Is Bruno Mars?

Though it’s natural to be curious, the intensity of the desire to categorize Mars is a pretty profound sign that we set too much store by race. To attempt to answer your burning question, Mars’ father was born in Brooklyn-via-Puerto Rico, with Ukrainian and Hungarian heritage. His mother was Filipina, with Spanish and Chinese ancestry. Mars was born in Hawaii.

We’ll leave it to Peter Gene Hernandez, who now goes by Bruno Mars, to tell us how he identifies racially, should he choose to. But we are pleased to report that Bruno Mars had an Ashkenazi Jewish parent who identified as such. He is apparently descended from a Hebrew school teacher, and his last album was called “Unorthodox Jukebox,” so you do the math. All of this is to say, we wish Bruno a major mazal tov. And now that we know he’s in the family, we feel comfortable sincerely telling him, “‘Despacito’ got robbed.”