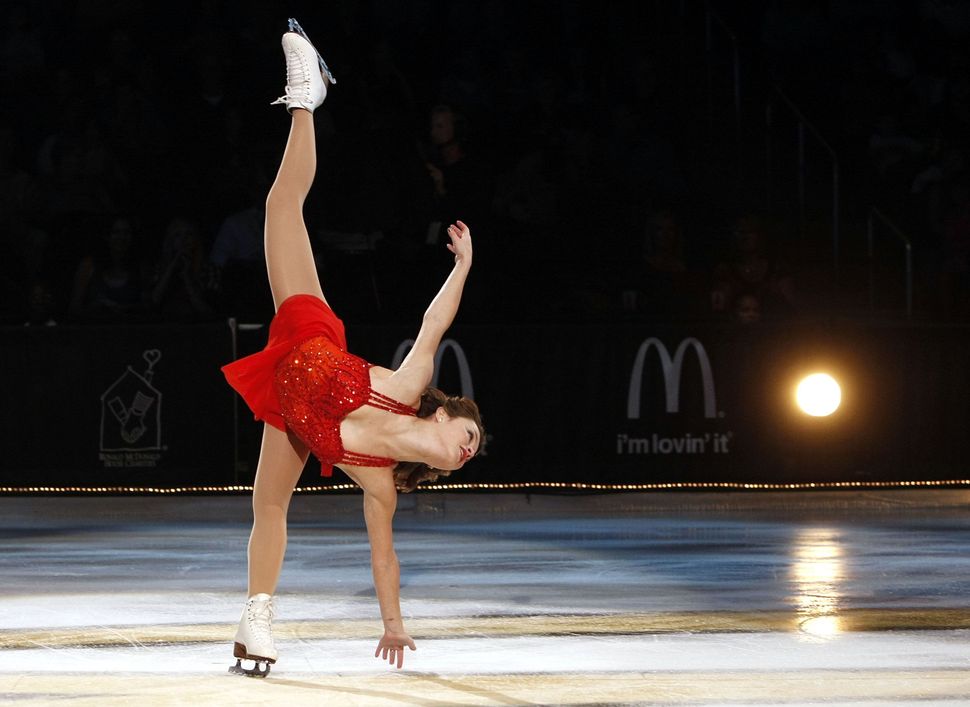 In a feature with People Magazine, Cohen, who was prevented from seeking gold in the 2010 Olympics by a calf injury, reflected on life after skating.

In a candid reflection, the now 33-year-old spoke about the difficulty of finding her balance in a life off of the ice. “I’d wake up every morning with a plan for the day, and the year, and the next four years,” Cohen, a three-time World Champion, said of her time as a skater. “I was on this train and everything else blurred on the side.” But after failing to qualify for the 2010 Olympics due to her injury, her days became uncertain. “Once you leave that world of being an elite athlete to find your place in the broader world, that kind of clarity is hard to find,” she said.

Cohen chose to study at the General Studies program at Columbia University, which educates non-traditional students who, like Cohen, have often already retired from other careers. There, Cohen studied political science with a focus on income inequality and the history of social issues like race and gender. She was known as a diligent student and quick thinker. “I’ve asked myself a lot of questions and have done some deep work philosophically speaking, and I’ve found I’m the most happy when I have a sense of purpose,” she told People.

Cohen is the daughter of a Ukrainian immigrant and former ballet dancer and an American law professor. Renowned for her remarkable elegance on the ice, Cohen has found her purpose in the world of finance. “My goal now is to establish a second career where I feel engaged and where I’m adding value,” she said. She is currently an associate for Morgan Stanley, work she calls “intellectually very interesting.”

Made it! #yoga in #machupicchu

Cohen was recently divorced from fellow financier Tom May, whom she married in 2016. “I am sincerely grateful for the new opportunities in my life and accepting of the defining life events that have pushed me to grow and reflect as I embrace the unknown, but beautiful future,” she wrote in an Instagram post, reflecting on 2017. Since her divorce she has spent time traveling the world, most recently to South Africa, something she was never able to do for pleasure as a skater. She has written that she is excited to be featured in the February-release documentary “The Weight Of Gold,” which will interview Olympians about mental health issues they face as they chase their goals. “This work is so important,” Cohen wrote, of being honest about the psychological turmoil that besets major athletes. “The struggle is real.”