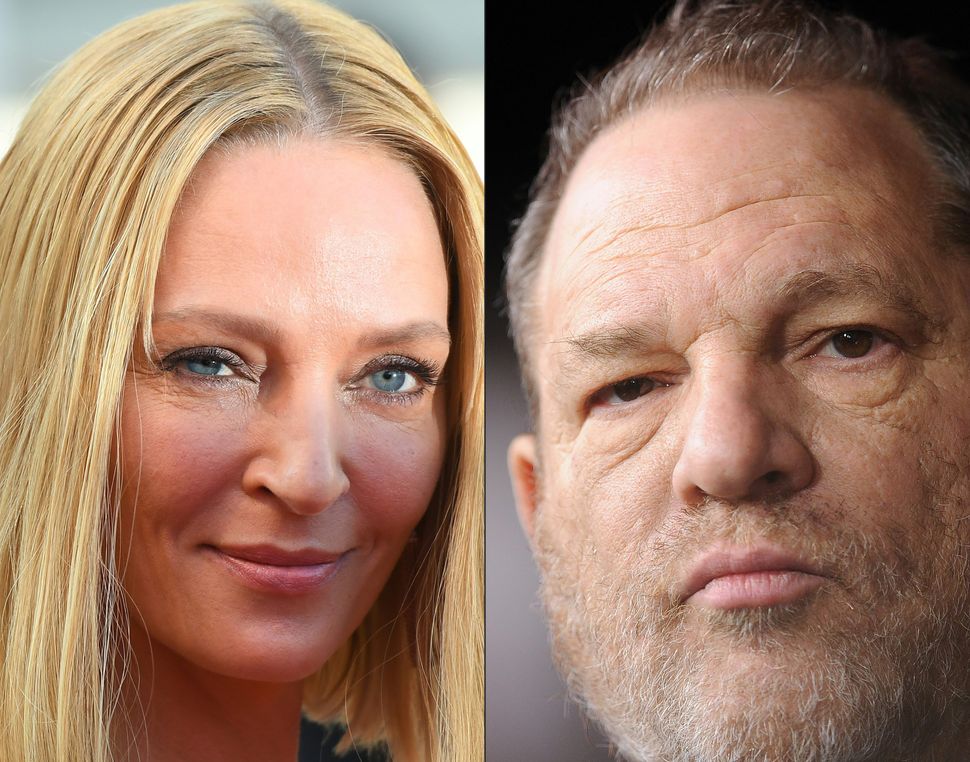 In an incredibly powerful video that was widely shared across social media, Uma Thurman told a reporter on the red carpet that she would speak out about Harvey Weinstein and sexual assault in Hollywood when she wasn’t consumed with anger. Her rage barely concealed, the video said more about the deluge of reckoning in Hollywood that was to come than many people were able to express in words.

Thurman has finally come to a place where she is ready to speak and speak she did to Maureen Dowd of the New York Times. Of Weinstein, she said:

“It was such a bat to the head. He pushed me down. He tried to shove himself on me. He tried to expose himself. He did all kinds of unpleasant things. But he didn’t actually put his back into it and force me. You’re like an animal wriggling away, like a lizard. I was doing anything I could to get the train back on the track. My track. Not his track.”

Weinstein later apologized to the actress, a rare occurrence according to most accounts of his assault.

But it wasn’t just Weinstein that she implicated. Thurman also detailed the abuse and coercion she suffered at the hands of famous director, Quentin Tarantino.While filming “Kill Bill,” the actress and the director got into a fight over a dangerous crash scene he wanted her to take part in.

“Quentin came in my trailer and didn’t like to hear no, like any director,” she says. “He was furious because I’d cost them a lot of time. But I was scared. He said: ‘I promise you the car is fine. It’s a straight piece of road.’” He persuaded her to do it, and instructed: “ ‘Hit 40 miles per hour or your hair won’t blow the right way and I’ll make you do it again.’ But that was a deathbox that I was in. The seat wasn’t screwed down properly. It was a sand road and it was not a straight road.”

Thurman was seriously injured but, instead of an apology, she says she “went from being a creative contributor and performer to being like a broken tool.”

Jezebel’s coverage of the incident brings up Tarantino’s 2003 defense of Roman Polanski on none other than Howard Stern’s radio show. He said of Polanski, “He didn’t rape a 13-year-old. It was statutory rape…he had sex with a minor. That’s not rape. To me, when you use the word rape, you’re talking about violent, throwing them down—it’s like one of the most violent crimes in the world. You can’t throw the word rape around. It’s like throwing the word ‘racist’ around. It doesn’t apply to everything people use it for.”

You can read the full New York Times interview here.