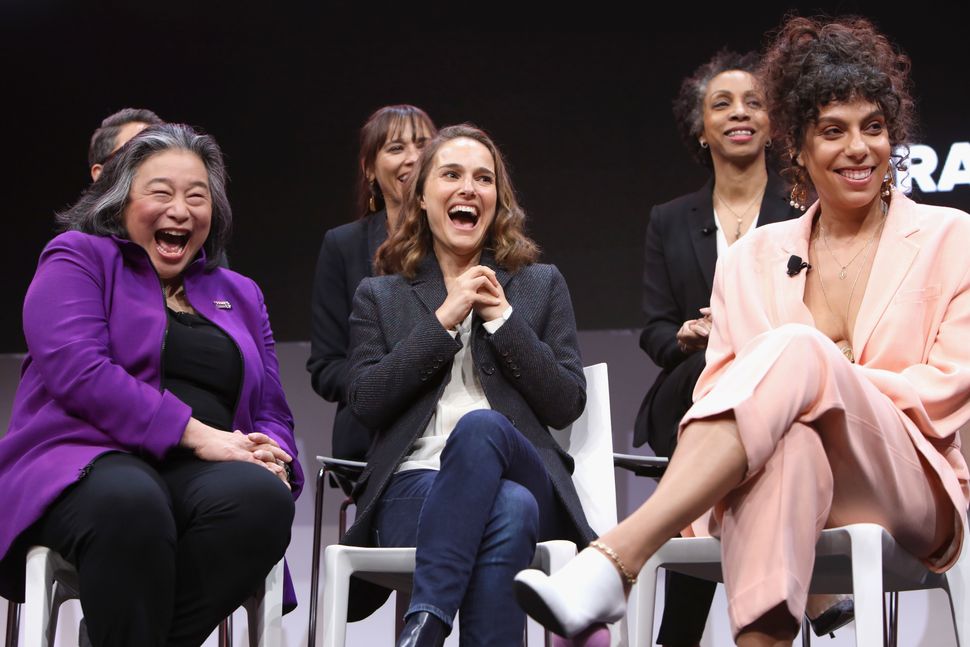 The ladies of Hollywood are doing it for themselves — and for those who need a little help. Riding the wave of anger and action precipitated by the explosive Harvey Weinstein report, Hollywood’s women have raised millions to combat sexual harassment and assault across industries.

And Natalie Portman and Jill Soloway are in the front lines.

The actress and director, respectively,joined a panel at “The Maker’s Conference” Monday in Los Angeles to speak out about sexual abuse and the change they are committed to fighting for.

“There’s this thing about being the only woman at the table or whatever that is very isolating and endangering,” Portman said, describing how female actors are very often the only woman on a set.

Soloway reveled in the female solidarity exhibited of late, noting that, “the revolution is real.”

Time’s Up, which launched January 1st, has already raised $20,000 and received over 1,000 requests for aid from women in legal battles for justice.