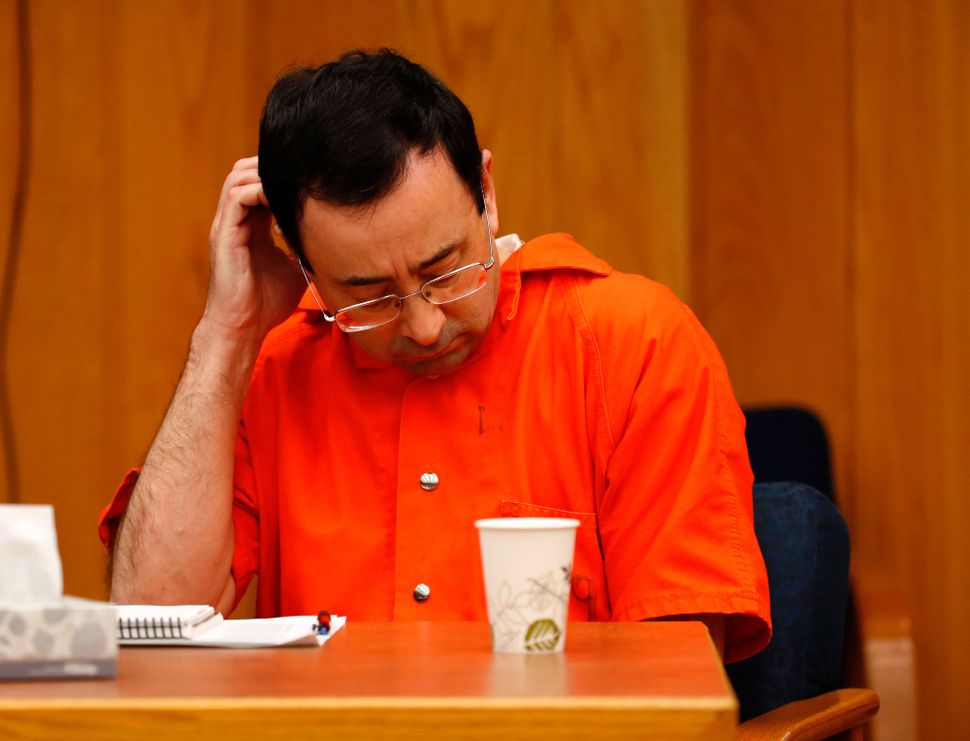 Convicted monster, Larry Nassar, will spend the rest of his life in prison. Found guilty of sexually assaulting dozens of young girls, among them many members of the US Olympic team, Nassar is off the streets and safely behind bars, never again to see the light of freedom.

It’s a relief that this man will no longer be able to torment another child — but can you blame the parents of his victims for not thinking that’s enough?

Randy Margraves, the father of three victims, made headlines last week for attacking Nassar in the courtroom. After being denied a request for five minutes “alone in a locked room” with Nassar, Margraves lunged at the man and had to be subdued by several large security guards.

A GoFundMe account was quickly set up for his legal bills and raised over $30,000 — much of which will now be going towards charity, as Margraves was not charged with a crime.

Margraves released a statement saying, “At the time of the incident, I didn’t know that the great brotherhood had done this, and I was overcome with gratitude when I found out. I appreciate everyone stepping up to support me, but help is not needed for me. After giving people the chance to get a refund, the donations will go to organizations that help the sisterhood of survivors and other victims of abuse.”

I’m not condoning violence but if Margraves will never get to experience the great pleasure of punching his daughters’ abuser, donating thousands to organizations that aid survivors is a pretty solid concession price.