Protesting Trump And Sexual Harrassment — With Voodoo And Couture 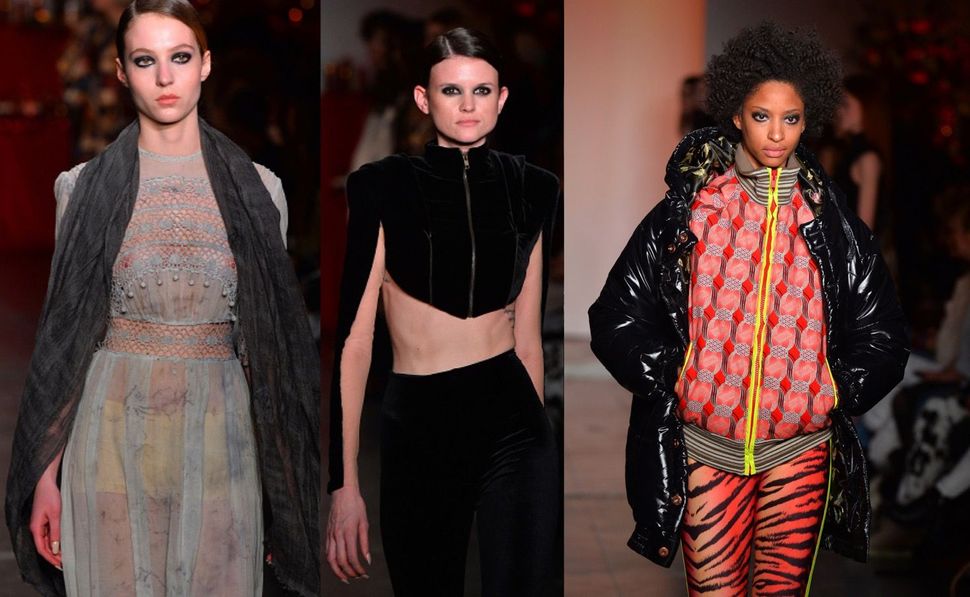 Designer(s): Xuly Bët x Mimi Prober x Hogan McLaughlin
Date: Thursday, February 8, 2018
Location: Industria, a West Village event space
Jewish? Mimi Prober might be Jewish (Prober is a very Jewish name, as is Mimi), and, according to Kelly Cutrone, one of the officiants of the voodoo ceremony was Jewish.

Donald Trump is President, and victims of sexual harassment are finally being given a voice.

So set the stage of the voodoo-ceremony-cum-runway show that took place in the industrial space called, unironically, Industria. There was a lot of chanting, rhythmic dancing and percussion, as a do-ragged (white) man and woman opened the show with a ceremony. Candles were lit, making the crowded room seem even more stifling.

But that was only the beginning of the problems. When the ceremony began, it at first felt strange, foreign, powerful, as the percussive thrumming of the drummers began to beat. 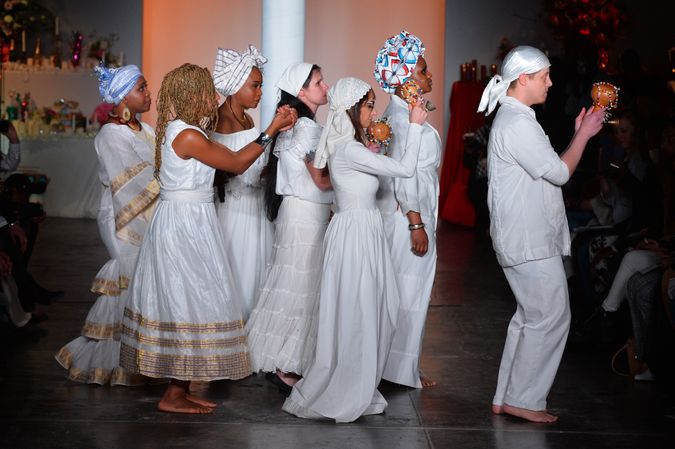 But then, the models began stalking down the runway, and the magic was lost. Sometimes shows can become platforms of powerful messaging (even if it is merely messaging, and doesn’t provide actual change) A voodoo ceremony putting a hex on Trump — dayenu — would have been enough, but in its attempt to be relevant while also showcasing couture, the message got lost. There were competing ideas, competing aesthetics — a classic case of too many cooks in the kitchen. The show was bloated, and many an editor began casually checking their watches after the 20th look.

Like Mara Hoffman, the virtue signaling here only made the message feel more like a sideshow to a never-ending parade of ridiculous clothes that said and did nothing, than a meaningful moment.

Although the contributions of other designers were at times halfway decent (the macramé dresses from Mimi Prober in particular felt earthy and relevant), the only clothes that were worth mentioning were the ones that were obviously designed by Lamine Kouyaté of Xuly Bët. The colorful, outrageous mixed prints in clashing colors somehow managed to look effortless and covetable (if a bit redundant).

Protesting Trump And Sexual Harrassment — With Voodoo And Couture