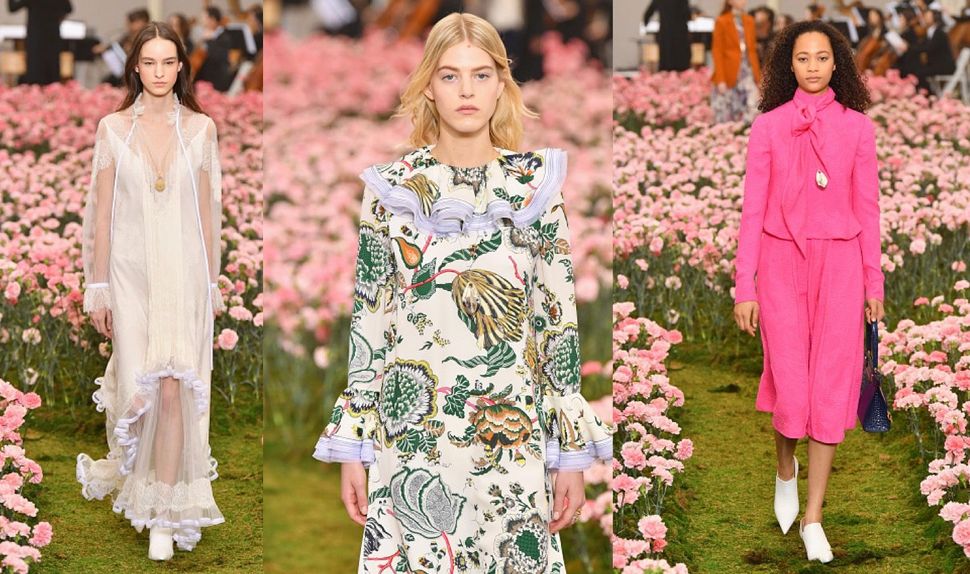 Designer: Tory Burch Date: Friday, February 9, 2018
Location: Bridgemarket, the former supermarket in the shadow of the Queensborough bridge
Jewish? Tory Burch is the patron saint of WASPy Jew by way of Ralph Lauren

As the patron saint of WASPy Jew by way of Ralph Lauren, Tory Burch loves to find elegant locations around New York to situate her jet set, wanderlust-driven collections. And this season was no different; situated within the vaulted ceilings of Bridgemarket — the former upscale supermarket that was patronized by New York’s elite and has recently been landmarked following its closure — Tory Burch created an elaborate Mise-en-scène of a verdurous field of pink carnations.

And, despite the collection’s many flaws, the scenery enabled the collection to become more than it actually was. Especially on a day like Friday, which was frigid, the flowers reminded guests how close spring was — just out of reach, soon to come (in, like, two months). And so a matronly, frilly, floor-sweeping dress was uplifted from its 1920s grandma-wearing sleepwear self into the realm of “maybe I could frolic in this mumsy dress as it billows in the wind just so.” 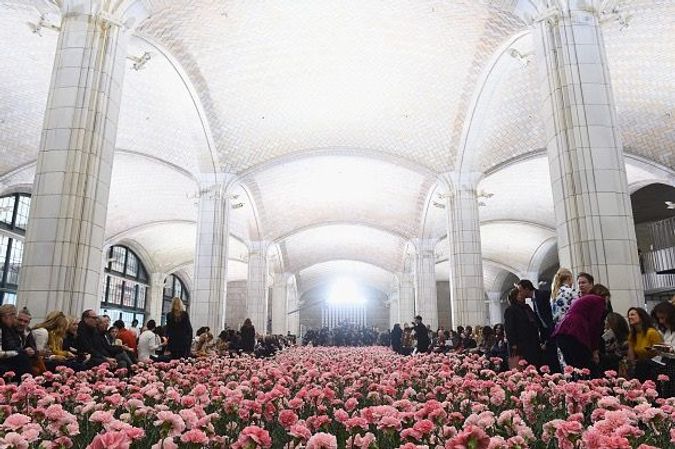 Her prints were infinitely more successful — specifically the pale pink, loosely ruffled v-neck dress that flowed gently around a two-tone beige and white pointy-toe boot (which was also a standout piece). The striped multicolor dress in shades of purple, fuchsia and baby blue was also great (and perfectly wearable), and provided the perfect contrast to the pink and green lushness of the room.

There’s nothing new here, but that’s hardly surprising — Tory Burch is an affordable luxury brand for the upwardly mobile masses. Her bread and butter is to cater to her trend-loving clientele who are looking for wearable versions of today’s trends. All-in-all, it was a pretty sellable collection. And sometimes, that’s all that matters.