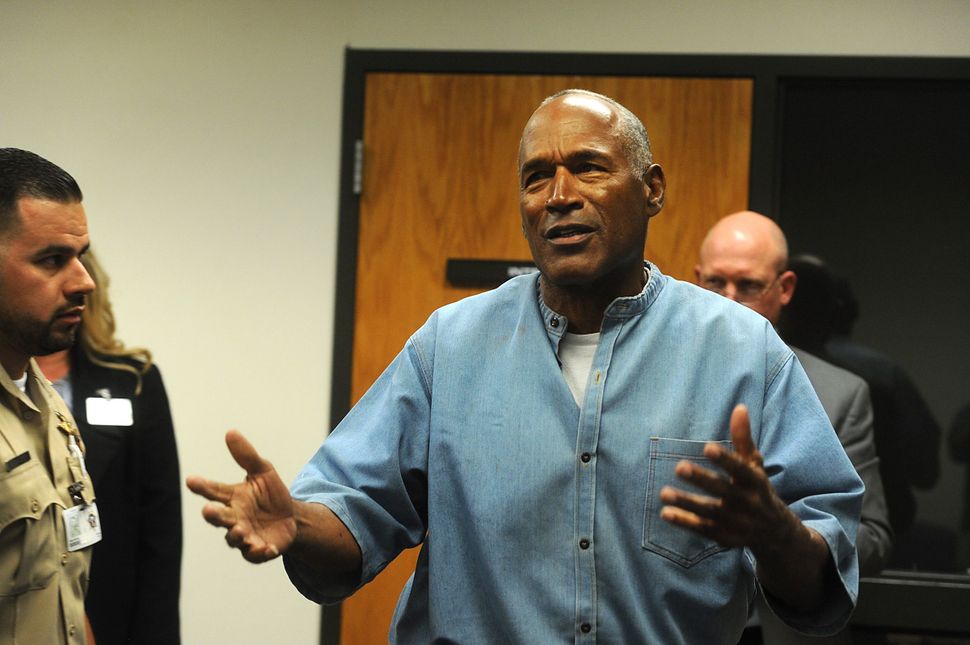 To some, he’s an American hero. To others, he is the embodiment of our society’s moral dissolution.

And now, he’s gone and done it again.

Sacha Baron Cohen, creator and star of “Borat”, has reportedly paid convicted criminal, O.J. Simpson, $20,000 to be in his next movie.

This news, while moderately disturbing, is also deeply unsurprising, considering Cohen is best known for chasing a terrified Pamela Anderson around a parking lot for the sake of a laugh (which he got, from me at least). The comedian also counts among his forte jokes about genocide.

And that’s why, if anyone was going to pay O.J. Simpson $20,000 to be in a movie, it was always going to be Sacha Baron Cohen. Always.

In an interview with the Daily Mail, Nicole Brown Simpson’s sister, Tanya, said, “Nicole and Ron are two human beings who were brutally murdered. This is not a joke nor is it entertainment. If Sacha makes this a comedic effort his victims will be personified as a joke.”

Not to mention Simpson owes the families millions of dollars from the civil suit.

Of course, the alleged money transfer has yet to be confirmed by either Cohen or Simpson so it’s possible that this is all a rumor and Simpson appeared in Cohen’s film out of the goodness of his own heart.