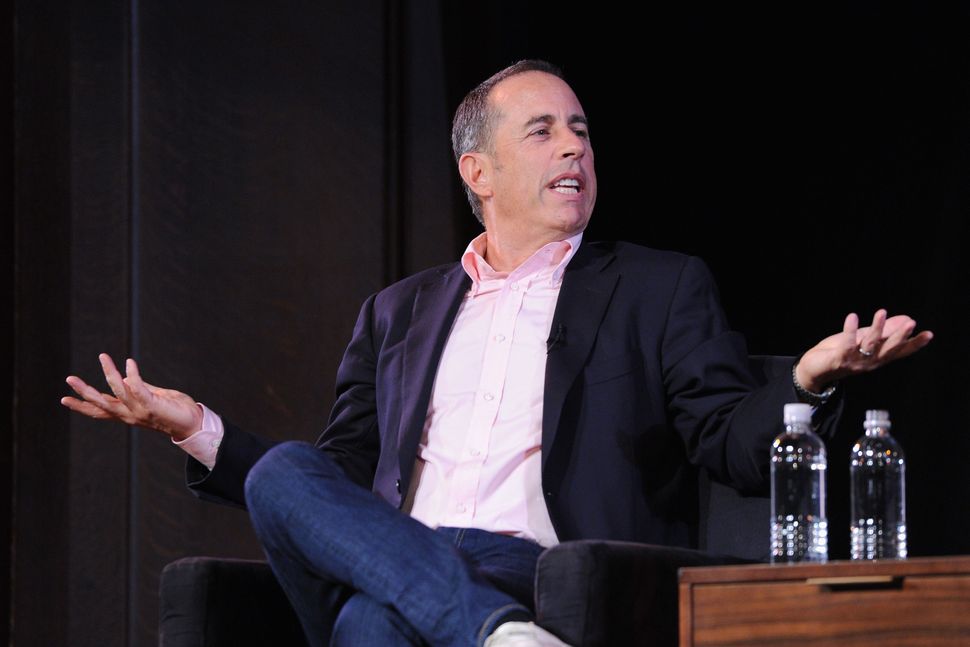 Remember the good old days when goodbye meant goodbye? The days before goodbye meant “see you in 10 years”, when Juliet stayed dead after killing herself for love instead of rising from her grave like “what did I miss?!”.

Unfortunately, those days are behind us and the future holds only remakes and reboots and re-ups. “Seinfeld” may jump on the reboot bandwagon sooner rather than later.

Jerry Seinfeld visited Ellen Degeneres today and she seized on the opportunity to ask him the question nobody but your dad is asking: is there a possibility that “Seinfeld” might return to television?

“It’s possible,” Seinfeld said and the crowd, full of people to whom I cannot relate, went wild.

So there you have it — the “hard maybe” you’ve all been waiting for.