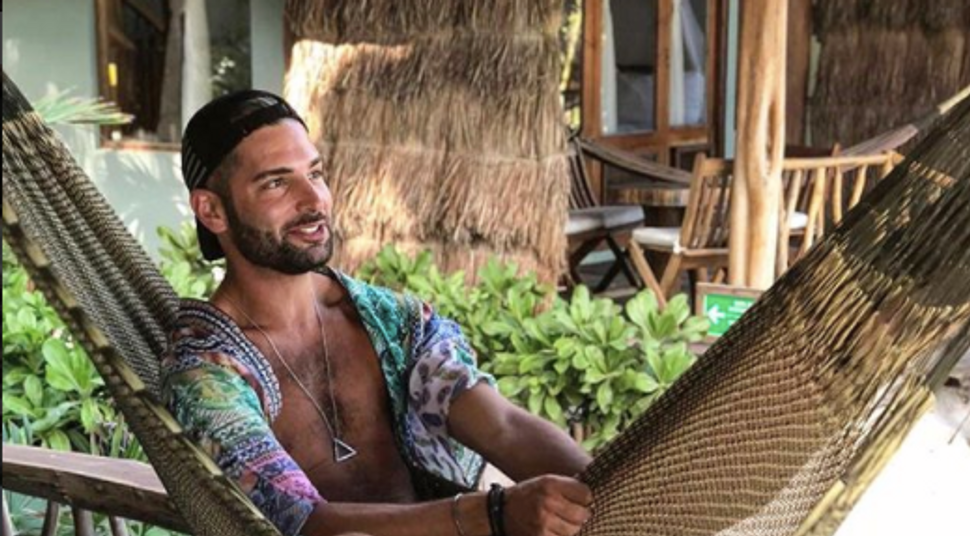 Unlike liberal arts school, reality television isn’t exactly known for its concentration of Jewish people. From “The Bachelor” to the Real Housewives franchise, representation is sorely wanting.

Meet Amit Neuman, the latest addition to Bravo’s “Summer House.” “Summer House”, currently in its second season, follows a group of New York City yuppies, most of whom are in desperate need of spirituality. Neuman joined the cast after meeting its most terrible character, Carl, at Coachella last spring.

Luckily, Neuman is not terrible. Or, rather, I don’t care if he is terrible. Because Neuman, ladies and gentlemen but mostly ladies, is a flaming hot 10.

Let’s take a walk around the grounds of this Israeli pancake, shall we?

I hope everyone’s 2018 has started as epic as possible. I’m choosing to live this year with Purpose – Challenge -Service – Radiance – Equality -Integrity – INTENTION- Manifestation – Liberation – Cooperation – & Presence ??. How are you choosing to live? #mannersrequired

Walk into your Monday with confidence. @grungygentleman #nyc

Years of female wisdom has taught us to always choose the nice guy. But wait – what if you chose the hot guy???? Would he look something like this?

Sometimes, choosing the hot guy is its own reward.

The ? of my stories. Truly man’s best friend. I’ll miss you Guri!!! Is it weird to FaceTime a dog?!?

3.He FaceTimes His Dog

If I’ve said it once, I’ve said it a million times: you can’t trust a man who won’t at least consider face timing his dog.

4.He Quit His Corporate Job To Travel

This is a man who cannot live his life beholden to the strictures of money and obligation. Like Nelly Furtado before him, he must fly like a bird into the sunsets of a different city every night, held back by no one and no thing. Fly, Amit, fly. We hate to see you leave but oh how we enjoy watching you go.

What do you call a good looking socially awkward hippy x genius? I call it Dad. HBD Aba.

Genetics — it’s the gift that keeps on giving.

In pursuit of BIG magic ✨??

6.He Isn’t Afraid to Read Books Written For Middle-Aged Women Going Through Divorce

Not only does Neuman read Elizabeth Gilbert, he wants you and everybody who loves him to know it. This is a man who cannot be defined by traditional stereotypes of masculinity. He wants to know himself — his whole self. And the only way to do that is by eschewing expectations and diving headfirst into the world of inspirational nonfiction. Next up: “Wild” by Cheryl Strayed.

Israel features prominently in Newman’s Instagram. He knows where he comes from and he’s not afraid to relax on the pool float in front of its flag.

8.He Loves His Sister

Without sisters and moms and grandmothers and wives and female presidential candidates, do women exist at all? A great question but that’s not what I want to talk about right now. I want to talk about how much Neuman loves his sister. He loves her a lot and it’s really cute. My brother bought me a biography of Elizabeth Cady Stanton for Christmas but now that I see this picture, I am less impressed with the gesture. Good job, Amit, for shaming brothers everywhere.

An oldie but a goodie. Happy Valentine’s Day ?to everyone out there. If you’re alone; that’s cool too, use this as a day to love yourself. #imdifferent

9.He Wants You to Love Yourself on Valentine’s Day

If you can’t be loved by him today, loving yourself is probably the next best thing. So break out your watercolors, pop that bottle of fake champagne, and responsibly take your prescription medications.

Happy Valentine’s Day from me and your mom’s top draft pick for your husband!