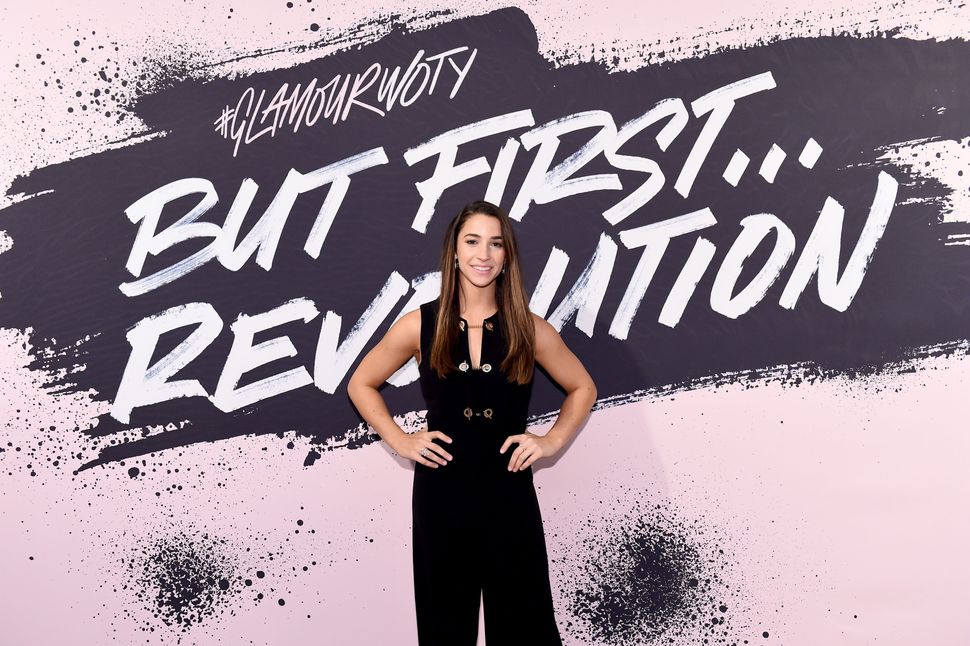 Olympic gymnast Aly Raisman posed nude for Sports Illustrated once again. The 23-year-old participated in the “In Her Own Words” campaign, as it is being called by the magazine. In the picture, you can see words and phrases painted across Raisman’s body such as “Women do not have to be modest to be respected” and “Fierce.”

In an interview with the magazine, Raisman explained her choice of words like this:

“I would like to remind everyone that being a survivor is nothing to be ashamed of, and going through a hard time does not define you. I hope that we can one day get to a point where everyone realizes that women do not have to be modest to be respected. We are free to draw confidence and happiness in our own way, and it is never for someone else to choose for us or to even judge us for that matter. For me, ‘In Her Own Words’ serves as a reminder that we are all humans, we are all battling something, and it is OK to not be OK. We are not alone and we need each other.”

Raisman recently testified against Larry Nassar, the former US Olympic doctor who was convicted of sexually molesting hundreds of underage girls. She has since been outspoken regarding a need for further investigation, alleging that a culture of protecting perpetrators is what allowed Nassar to commit his crimes for so long.

Women do not have to be modest to be respected— Live for you! Everyone should feel comfortable expressing themselves however makes them happy. Women can be intelligent, fierce, sexy, powerful, strong, advocate for change while wearing what makes them feel best. The time where women are taught to be ashamed of their bodies is OVER. The female body is beautiful and we should all be proud of who we are, inside and out. Thank you so much @si_swimsuit @mj_day @darciebaum @ja_neyney @taylorbphoto & the rest of the team.