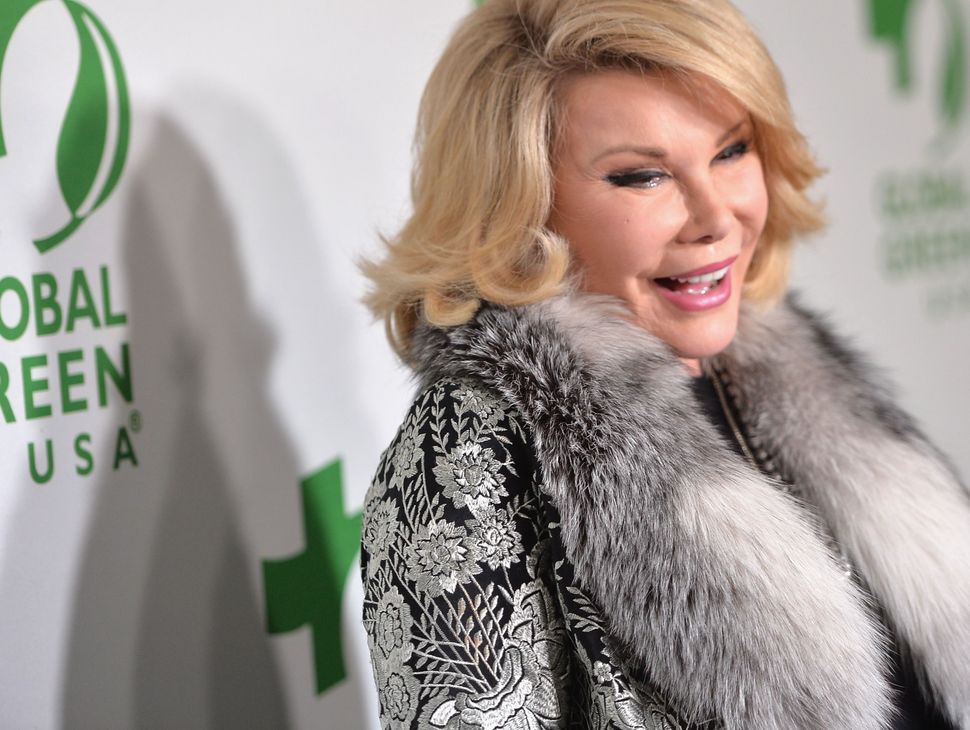 It’s hard to talk about Joan Rivers nowadays without acknowledging how backwards her sense of humor could so often be. As a woman on a path that still needed a lot of weed whacking, Rivers was often racist, homophobic, and, yes, sexist.

But she was also fascinating, as much for her raw talent as for her unlikely Hollywood fairytale.

In the Joan Rivers documentary released shortly after the comedian’s death in 2014, Rivers talks about how she never intended to become a career comic. Instead, Rivers started doing standup to support her ambitions to become an actress.

In a never before released interview, Rivers once again brings up the dream that she never quite achieved, but never really gave up on either.

When the host asks Rivers if she would be open to an acting gig, she gets extremely specific.

“My – and it’s a fantasy — my dream is for Meryl Streep to die suddenly. Painless, though, painless! So she dies and they have to get somebody overnight and guess who’s walking past?”

The amount of money I would spend to see Joan Rivers in a Meryl Streep role is substantial.

Maybe in the next lifetime.