Who Does A Worse National Anthem — Fergie Or Roseanne Barr? 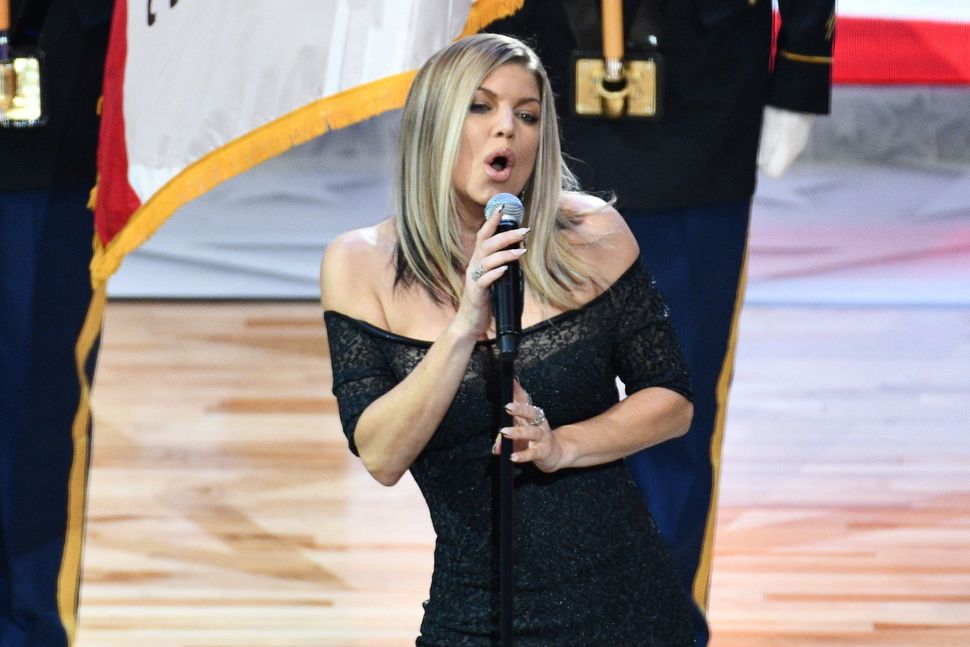 Fergie’s fail was … unique. Her performance was filled with confidence and there was no mistaking that look on her face at the end for anything other than pride.

But was it worse than Roseanne Barr’s performance?

Barr seems to think so.

Who saw Fergie’s national anthem performance at the NBA All Star Game? I think mine was better lowkey

Barr’s famous performance went down at Jack Murphy field in July 1990. The comedian shrieked our country’s sacred anthem, emphasizing her complete and total lack of respect for the socially constructed concept of a nation by grabbing her crotch. George HW Bush later called the performance “disgraceful.”

Of course, comparing Fergie’s performance with Barr’s is like comparing apples and oranges – Barr seemed to know exactly what she was doing throughout the duration of her performance.

Meanwhile, Fergie’s performance had me concerned about her mental state.

Regardless of which performance you think needs more work, it just might be that these are the National Anthems America deserves right now.

Who Does A Worse National Anthem — Fergie Or Roseanne Barr?