How Bad Is The Sexual Misconduct Problem In Hollywood? Very. 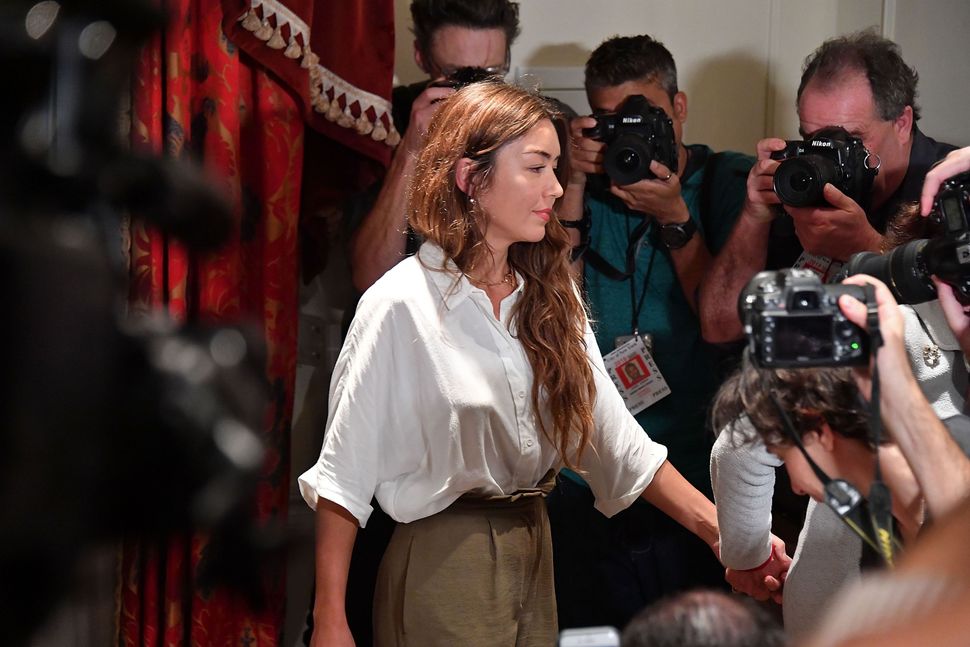 The Weinstein bombshell hit Hollywood (and the nation) like a deluge.

At once suffocating and cleansing, there were suddenly women everywhere who couldn’t run from the truth. Stories came from every direction, implicating men who seemed to be finally stripped of the protection upon which they have depended for so long — disbelief.

It was exciting and exhausting and painful and beneath it all, from the very beginning, we knew there would be consequences. It’s hard to trace the backlash to its start. Few spoke up in defense of Harvey Weinstein — it appears that’s what happens when you abuse hundreds of beautiful, successful white women — and for a while after that, it seemed women finally had ground to stand on.

But the allegations have grown broader. Women called out men for making sleazy comments, for having a reputation of hitting on the intern, for slapping a butt, for making a joke of pretending to grab a body part. None of these women equated these actions with rape but our society, unaccustomed to taking the side of the woman when it was her word against a powerful man’s, were waiting for a reason to discredit all of them.

The backlash to all of this will be violent, and it’s already beginning. People — mostly men — are concerned that men are being stripped of justice, as if women have not seen so little justice. People — mostly men — are tired of reading about the allegations. They are tired of having to disavow their male heroes, men accused of doing terrible things to female colleagues. They can’t believe the problem is so expansive, that so many men are guilty, that they themselves are not completely innocent.

Yesterday, a survey by USA Today revealed that 94% of women in Hollywood say they have experienced sexual misconduct.

Of 843 women surveyed, 87% say they have experienced unwanted sexual comments, gestures, or jokes.

69% allege they have been touched in an unwanted sexual way.

64% say they have been propositioned for a sexual act.

21% responded saying they have been forced to do something sexual against their will.

10% say they have been unexpectedly asked to get naked for an audition.

Only one in four of these women reported the transgression to their workplace. Of that number, only 28% saw an improvement in their working situation.

What we have seen is only the tip of the iceberg. This goes deeper than most men — and many women — can begin to imagine.

There is one bright spot in the survey. While older women have experienced more instances of sexual misconduct, younger women with less than five years of experience in the industry are more likely to report it.

So here we are, with a problem that has existed beneath the surface since Hollywood’s birth — a problem into which our ship has finally crashed.

How Bad Is The Sexual Misconduct Problem In Hollywood? Very.