Emily Ratajkowski’s Subversive Black Wedding Veil Was So On Brand 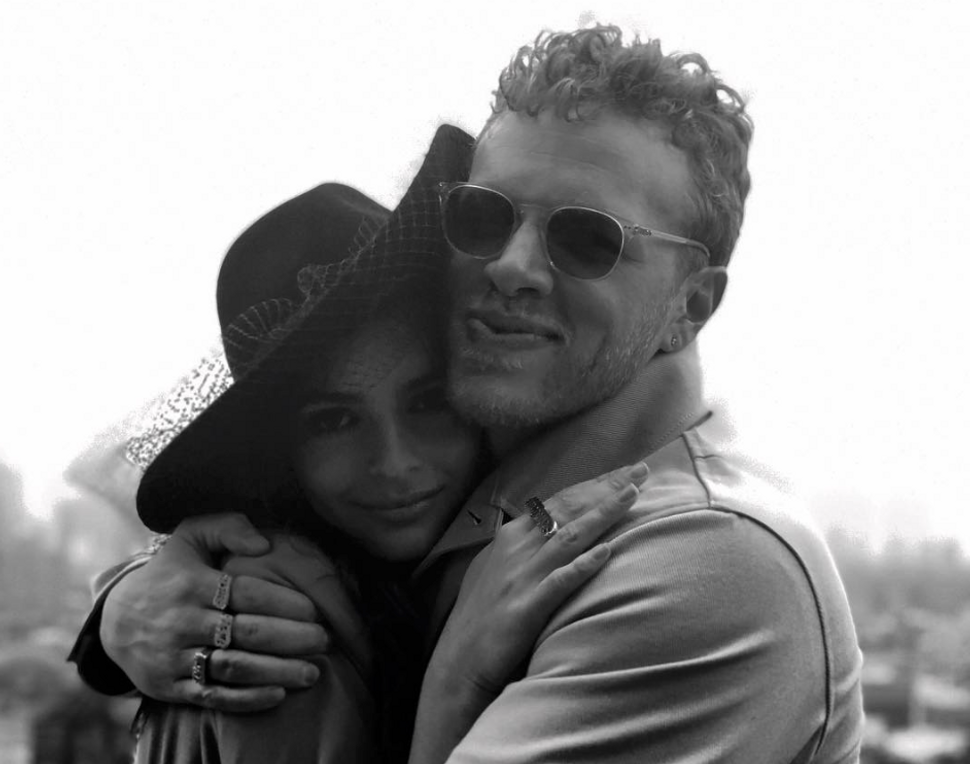 In a series of Instagram stories, Emily Ratajkowski revealed that she got married on Friday, in a secret civil ceremony at City Hall. Foregoing wedding traditions, the bride did not wear white: instead, she wore a louche, sunset-hued Zara pantsuit (which retails for $200). And, for her veil, she wore a flat-brimmed hat with a face-skimming black veil that recalled made-for-TV funerals and 60s-era pillbox hats, a la Jackie O.

Veiling goes back to Biblical times: According to Jewish tradition, when Jacob wanted to marry Laban’s younger daughter, Rachel, Laban tricked Jacob into marrying his older daughter Leah by disguising Leah with a veil. This is the supposed explanation for the tradition of “unveiling” the bride at the ceremony — for the groom to confirm that the bride is indeed the bride. But the bridal veil evolved and became a symbol for modesty and chastity: attributes a respectable woman was expected to enter marriage with.

Historically, widows wore veils as a form of sexual self-abnegation, to literally disguise their sexuality. But not all women wanted to continue being tied to their dead husband, and often flouted this “rule,” which inspired the wrath of Renaissance-era thinkers and priests alike.

According to Lou Taylor, in his book Mourning Dress: A Costume and Social History, the Italian Humanist Vespasiano da Bisticci wrote, “when widows go along the street their face should be hidden and their eyes should be cast down.” And he castigated widows for daring to, “hold their heads high…to see who is passing in the streets.” As if it would be somehow sinful for a woman to have an identity outside of her dead husband. Renaissance-era priest St. Bernadino went one step further: Women who were lax about veiling were basically, “courtesan[s],” or prostitutes.

The pressure to be veiled persisted through centuries, and the reasoning was always the same: virtue, and guilt over not being appropriately virtuous. As Bertram Puckle described in his book, Funeral Customs, a young widow explained that, “If I would not wear a bonnet [with a veil], it proved we were never married.”

Before, mourning veils could be as white and filmy as a the modern bridal veil. It wasn’t until the Victorian era that the veils for both mourning and weddings were standardized. After Queen Victoria wore a white wedding dress to marry Prince Albert, the color was quickly adopted by the masses. When Prince Albert suddenly passed away from typhoid in 1861, Queen Victoria wore mourning dress for the rest of her life, shrouding her face in a black veil. The rest of the country (and the world) followed suit, ever since.

According to Taylor, “The importance of the royal influence on Victorian mourning etiquette was supreme.” This is still true today: one only has to look at Kate Middleton and Meghan Markle to understand the depth of obsession.

Wearing a white veil at weddings these days has become less about honoring traditions, and more about the pressure to abide by societal norms that are further underwritten by consumerism. The same is true with mourning veils. It is the ultimate in virtue signaling: wearing a veil is about proving to the patriarchy that women are appropriately chaste and virtuous — that the man rules their sexuality both before and after marriage.

Which is everything that Ratajkowski is against. Turning the mourning veil on its head and upending social etiquette, fits her aesthetic of using her overt sexuality to promote a “do what makes you happy” brand of feminism.

In a piece for Lenny Letter, Ratajkowski wrote, “To me, “sexy” is a kind of beauty, a kind of self-expression, one that is to be celebrated, one that is wonderfully female. Why does the implication have to be that sex is a thing men get to take from women and women give up?”

For Ratajkowski, sex isn’t something women give to men, to be hostage even after the man dies and leaves the woman a widow. It is a mutual beneficial contract, where a woman feels empowered by her ability to seduce.

In talking about her controversial Love Magazine Advent video, where she writhed around half-naked in a pile of gelatinous noodles, Ratajkowski said, “To me, female sexuality and sexiness, no matter how conditioned it may be by a patriarchal ideal, can be incredibly empowering for a woman if she feels it is empowering to her…Being sexy is fun and I like it. I should never have to apologize for that. My life is on my terms and if I feel like putting on sexy underwear, it’s for me. Personal choice is the core ideal in my concept of feminism.”

?On the 3rd day of Christmas my true #LOVEADVENT gave to me @emrata’s amazing polemic on female empowerment. “To me, female sexuality and sexiness, no matter how conditioned it may be by a patriarchal ideal, can be incredibly empowering for a woman if she feels it is empowering to her. The way I dress, act, flirt, dance, have sex – those are my decisions and they shouldn’t be impacted by men. Being sexy is fun and I like it. I should never have to apologize for that. My life is on my terms and if I feel like putting on sexy underwear, it’s for me. Personal choice is the core ideal in my concept of feminism. Katie directed us to say ‘Stay Strong’ at the end of each video and I think it’s a message from one woman to another. You’re watching a video of a girl grinding in lingerie or whatever else and she is looking into the camera at the end saying, ‘you do you, however YOU want to, fuck the rest’. In the wake of the Harvey fallout and women coming forward with incredible amounts of sexual harassment cases, I have been so disappointed to hear women talk about “modesty” and “our responsibility” as if we need to, yet again, adjust to make it “easier” for the rest of the world. I’m tired of having to consider how I might be perceived by men if I wear the short skirt or post a sexy Instagram. I want to do what I want to do. Feminism isn’t about adjusting, it’s about freedom and choice. Do you think viewers will understand that, given the current wider conversation about the sexual objectification of women? why or why not? What are the risks? This is something I’ve battled with personally and publicly. I’ve had men comment on sexy images of me online and say “this is empowering to you? Ha! I just masturbated to it so hope you feel good about yourself!” I guess that’s the way people can react, which ironically, ultimately serves my point. I don’t care about your reaction or what you do with my expression of self. In fact, it has nothing to do with you at all and that’s the point-which is why it feels good. Ultimately, if a woman wants to wear a burka or nothing at all, it’s great if it’s what she wants and feels good about.”?#STAYSTRONG Link in bio to full film

Wearing a mourning hat and veil to get married could mean many things: Ratajkowski purposely subverting the “chaste” symbolism of the white wedding veil; Ratajkowski “mourning” patriarchal traditions that pressure a woman to conform; Ratajkowski’s middle finger to polite society about what a woman should and should not do.

But, most likely, the answer is the simplest: Ratajkowski thought the black hat and veil paired best with her mustard orange Zara suit. And sometimes, coordinating the perfect outfit for the happiest day of your life is the perfect way to start a marriage.

Emily Ratajkowski’s Subversive Black Wedding Veil Was So On Brand