For Monica Lewinsky, The #MeToo Movement Is About Redemption 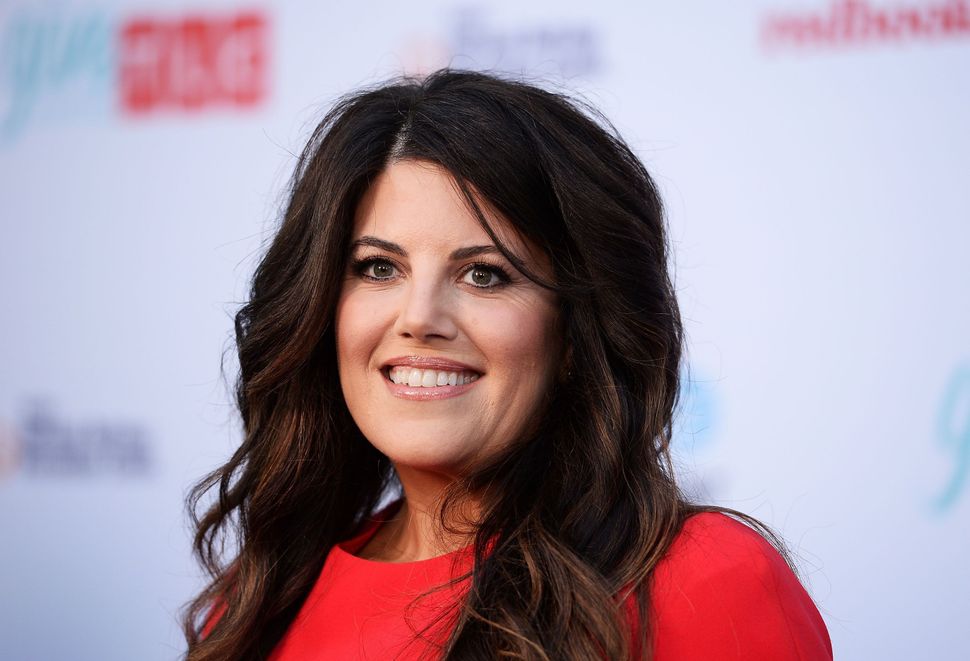 I was eight years old when Monica Lewinsky’s young life changed forever. At that age, I was hard-pressed to distinguish between her 21 years and that of President Clinton’s 5+ decades. I didn’t understand the difference, symbolically nor literally, between their job titles. Nobody explained these things to me. Instead, the only lesson I learned was about the sex act for which she became infamous.

This is likely true of most young girls not yet coming-of-age in the late 90s. But 20 years later, as the storm of allegations rages around us, threatening to uproot the power structure that allowed Bill Clinton to escape from the scandal with his dignity intact, we are reckoning with that pivotal moment in our nation’s history.

While President Bill Clinton was able to take advantage of the redemption society gifts powerful men, Monica Lewinsky has remained trapped inside of the mistakes she made 20 years ago. But two decades later, that moment in history is being rewritten. And Lewinsky, not yet anywhere near the age Clinton was when he engaged in an extramarital affair with her, is not going to miss the opportunity to say her part.

In a Vanity Fair essay written for the March issue, Lewinsky traces the #MeToo movement back to her own public trauma.

“As I find myself reflecting on what happened, I’ve also come to understand how my trauma has been, in a way, a microcosm of a larger, national one,” writes Lewinsky. “Both clinically and observationally, something fundamental changed in our society in 1998, and it is changing again as we enter the second year of the Trump presidency in a post-Cosby-Ailes-O’Reilly-Weinstein-Spacey-Whoever-Is-Next world. The Starr investigation and the subsequent impeachment trial of Bill Clinton amounted to a crisis that Americans arguably endured collectively—some of us, obviously, more than others. It was a shambolic morass of a scandal that dragged on for 13 months, and many politicians and citizens became collateral damage—along with the nation’s capacity for mercy, measure, and perspective.”

It’s not so much that the Clinton impeachment trial illustrates how far we’ve come as a country in the past 20 years. Rather, it throws into high relief the division that has begun to epitomize our society. Even while the hard-won rights of marginalized communities are once more contested in the public arena, even while national surveys report a drop in the percentage of Americans acceptant of the LGBTQ community, Lewinsky’s experience is unimaginable in modern-day America. Although journalistic commitment to objectivity has not wavered (for the most part), objectivity itself has evolved. Lewinsky’s 20-year-old tryst with the president can no longer be understood — or reported on –without acknowledging the power imbalance that has always been inherent within their relationship.

Lewinsky, rarely given credit for her sharp intellect and grace with a pen, has not missed this pivot.

“Until recently (thank you, Harvey Weinstein), historians hadn’t really had the perspective to fully process and acknowledge that year of shame and spectacle,” writes Lewinsky. “And as a culture, we still haven’t properly examined it. Re-framed it. Integrated it. And transformed it. My hope, given the two dec­ades that have passed, is that we are now at a stage where we can untangle the complexities and context (maybe even with a little compassion), which might help lead to an eventual healing—and a systemic transformation.”

Perhaps what has changed more than anything is the oppressor’s ability to divide and conquer. For all of the death threats and rape threats and harassment that women (among others) receive on social media, it serves as a platform to connect the narratives of many, turning millions of isolated anecdotes into a stark picture of what it’s like to be a woman in 2018. Had she been able to access this picture, Lewinsky writes, everything would’ve been different.

“If the Internet was a bête noire to me in 1998, its stepchild—social media—has been a savior for millions of women today (notwithstanding all the cyberbullying, online harassment, doxing, and slut-shaming). Virtually anyone can share her or his #MeToo story and be instantly welcomed into a tribe. In addition, the democratizing potential of the Internet to open up support networks and penetrate what used to be closed circles of power is something that was unavailable to me back then. Power, in that case, remained in the hands of the president and his minions, the Congress, the prosecutors, and the press.”

For Monica Lewinsky, this moment is not just about the future. It’s also about her past, a past for which it seems she is finally being granted redemption.

For Monica Lewinsky, The #MeToo Movement Is About Redemption