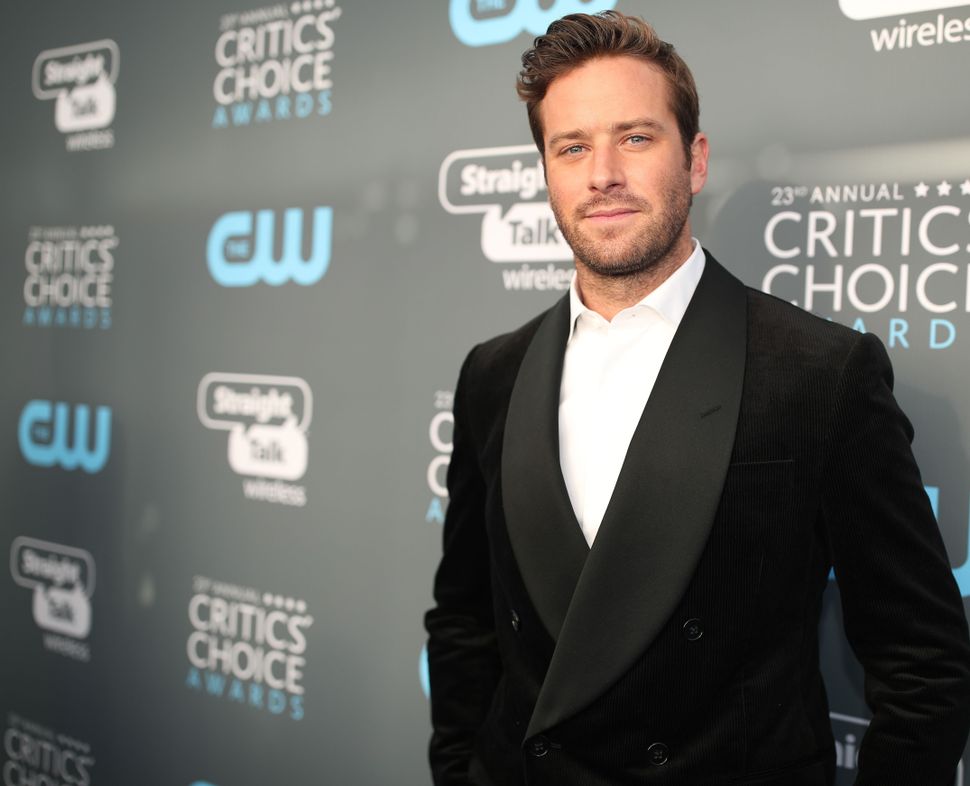 Armie Hammer has done it again.

(“It” being that he has insulted an entertainment reporter who once wrote an article suggesting that his belated fame was a byproduct of his wealthy, male, whiteness).

On Tuesday, Buzzfeed reporter Anne Helen Peterson tweeted out a perfectly reasonable critical analysis of the Jennifer Lawrence profile in Vanity Fair, including a verbal side eye of the part in which the profile’s author wrote that “mother!” was critically un-lauded because it was “too complicated.”

(Yes, we are all too stupid to understand Darren Aronofsky’s biblical allegory film).

Unfortunately, Peterson didn’t realize when she tweeted out these, again, perfectly reasonable opinions, that Hammer was watching her every move.

“Anne, your glass seems chronically half empty… maybe try meditating? Or even medicating? #chillpillneeded,” tweeted Hammer at the unwitting journalist who was literally just doing her job.

Luckily, instead of retorting with an insult about Hammer’s mental health, Peterson took the opportunity to teach everyone a lesson about social media harassment.

Harassment of entertainment journalists is very real and generally dismissed. But a threat to come to your house and kill your dog (which happened last time this all happened) is the same no matter what inspired it

Imagine someone threatening to kill your dog all because you had some objectively correct opinions about that Jennifer Lawrence profile in Vanity Fair.