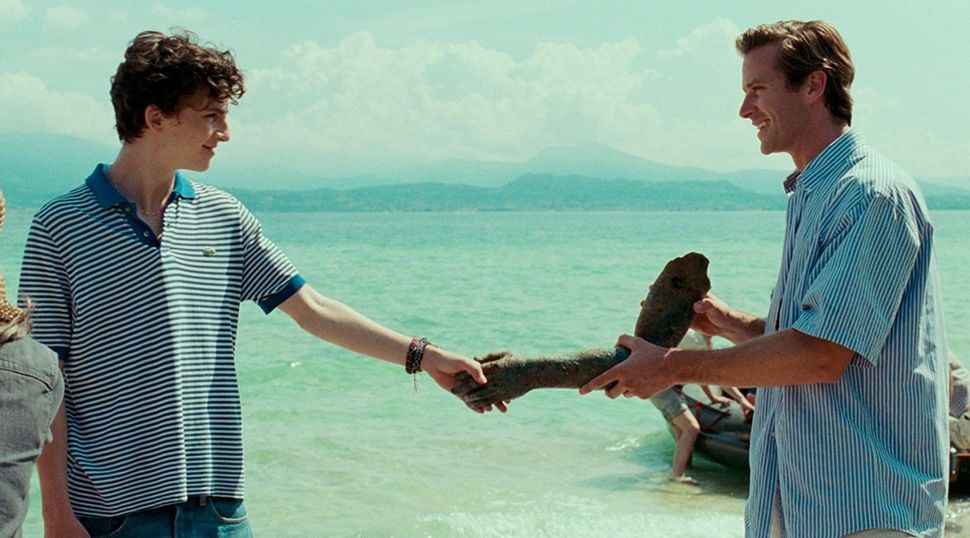 We’re contractually obligated to remind you that it’s Oscars week. It’s also Purim. And, since the Forward’s weekly “Read, Watch, and Do” piece already touched on the lingering questions surrounding this year’s awards, let’s instead take a minute to remember Christopher Guest’s mockumentary classic “For Your Consideration” (2006).

In the film, three actors come to believe that their performances in a terribly hacky melodrama called “Home For Purim” are generating Oscar buzz. Nervous about the film’s chances, and particularly whether it sounds too Jewish, studio executives ultimately rename the film “Home For Thanksgiving.” It’s a hilarious, deadpan look at the politics and jockeying of awards season.

There’s a good chance that Lewis Gilbert directed one of your favorite films: “The Spy Who Loved Me,” anyone? Regardless, his work made a lasting impact on the film ecosystem, not least through his introduction, in “Alfie” (1966), of a young soon-to-be-star named Michael Caine. Gilbert recently passed away at age 97; as Sam Bromer writes, “Gilbert was born on the East End of London in 1920 to a Jewish family that was steeped in performance.”

In 1979, Benjamin Melniker purchased screen rights to the character of Batman, a creation of DC Comics. Since then, Melniker, who passed away this week at the age of 104, has been “credited as co-executive producer on every Batman film from Tim Burton’s 1989 effort to Batman Ninja (2018),” Benjamin Ivry writes in an obituary for the Forward.

3) Samuel Maoz, director of “Foxtrot,” discussed being labeled a traitor in Israel

“Foxtrot,” which was shortlisted for this year’s Academy Award for Best Foreign Film but didn’t make the final list of nominees, has been a controversial film in its native Israel. Its director, Samuel Maoz, spoke to Simi Horwitz for the Forward. “Art is designed to provoke debate,” he said. “But the fact that I touched on the army, that makes me a traitor to a large part of Israeli society.”

“Call Me By Your Name,” an adaptation of André Aciman’s novel of the same name, has drawn a new spotlight to the author. In a Forward profile by Talya Zax, Aciman discusses his childhood as a Sephardic Jew in Egypt. “’My father was a person who wore a cross, a Magen David and a Hamsa because he hated them all,’ Aciman said. ‘He said, ‘I’m wearing all of them because one of them could be right,’” Zax writes.

Reviewing the new action film “7 Days in Entebbe” for the Forward, Josh Nathan-Kazis reflected on the ongoing filmic appeal of the 1976 Israeli raid on a Ugandan airport to free hostages from hijackers. “Told and retold, it was a story about the Jewish state projecting deadly Jewish power to save Jewish lives. This month, with the varnish on deadly Jewish power a good four decades thinner, there’s a new Hollywood retelling of the events of July 4, 1976,” Nathan-Kazis writes. “This time, it’s a story about how Western leftists should really butt out of the Jews’ business.”

Dylan Farrow’s allegations that her stepfather, Woody Allen, sexually assaulted her when she was seven have become the subject of renewed focus in the time of #MeToo. Peter Sarsgaard and Jeff Daniels have become the latest high-profile actors to say they believe her account. “‘I believe people will they say they were assaulted or molested because I don’t think you have any other choice because if we start to not believe people it’s a slippery slope,’ said Sarsgaard” Becky Scott reports.