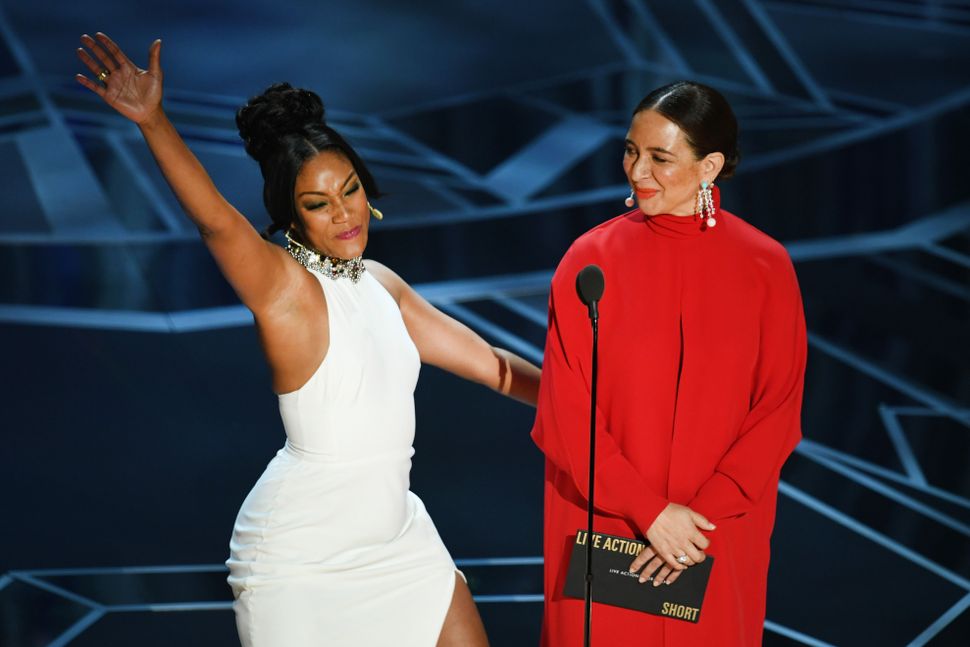 It’s unclear how many plebeians have to want something for it to become a reality but I think 5000 is a good place to start.

That’s how many people have signed a petition started by Care2, a social networking site. The author of the petition, who identifies herself as Rebecca G., points out that Tiffany Haddish and Maya Rudolph were funnier in their less than 10 minutes on stage than Jimmy Kimmel was in his two years of hosting.

Tiffany Haddish was the first black female standup in history to host SNL. Being the second black woman to host the Oscars? A piece of cake.

Maya Rudolph, of African-American and Ashkenazi Jewish descent, would only make a good thing better.

To be clear, Jimmy Kimmel is a true mensch. I love nothing more than to watch his emotional late-night monologues and I am as relieved as everybody else that his son has come out safely on the other side of his health scare. His short-lived relationship with Sarah Silverman will never be forgotten and, as far as white dudes on late night television are concerned, he is by far my favorite (and there are so many! That’s a real achievement!).

But it’s time to move over and make room for the women who are most famous for their urination/defecation scenes in female buddy comedies.