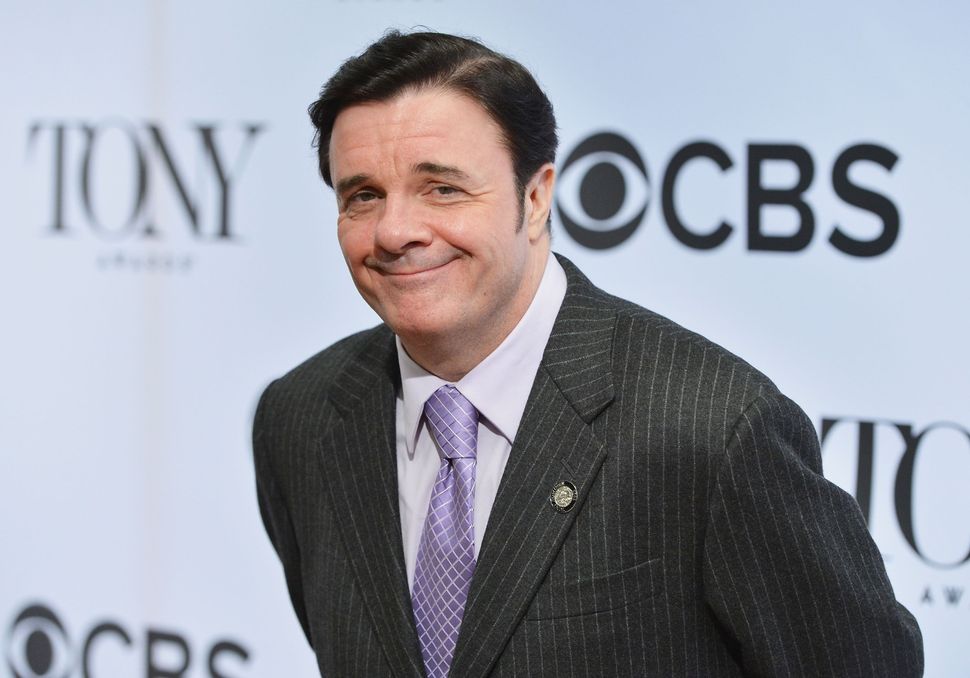 The earth will be flush with the stillness of the apocalypse before humans stop coming forward with stories of suffering at the hands of Harvey Weinstein.

Nathan Lane told his own Monday evening on “Late Night with Seth Meyers” and, in classic Nathan Lane fashion, the story is long-winded but ultimately rewarding.

It starts off innocently enough, with Lane’s publicist telling him that Harvey Weinstein would like him to host a fundraiser for Hillary Clinton.

Remember Hillary Clinton? She was a presidential candidate way back when America had a government.

Lane accepted the gig, including the caveat that mandated Weinstein would prescreen his jokes in case any of them were offensive.

“We never heard from him until the night of the show,” said Lane. “About an hour beforehand he came backstage like Tony Soprano and he started screaming.”

Weinstein demanded Lane get rid of a slew of jokes and, when Lane refused, Weinstein corroded the tiny actor into a corner, threatening to “ruin him.”

To which Lane says he replied, “You can’t ruin me, I don’t have a film career!”

Although Clinton apologized to Lane on Weinstein’s behalf and begged him to make everyone’s life easier by cutting the jokes (hey, just because she was a candidate for President of the United States of America doesn’t mean she was exempt from a woman’s very important responsibility of apologizing on behalf of emotionally immature and entitled and physically abusive men), I think it’s safe to say Lane got the last word in.