Arie Luyendyk Gets Some Advice From Jewish Ex-‘Bachelor’ Jason Mesnick 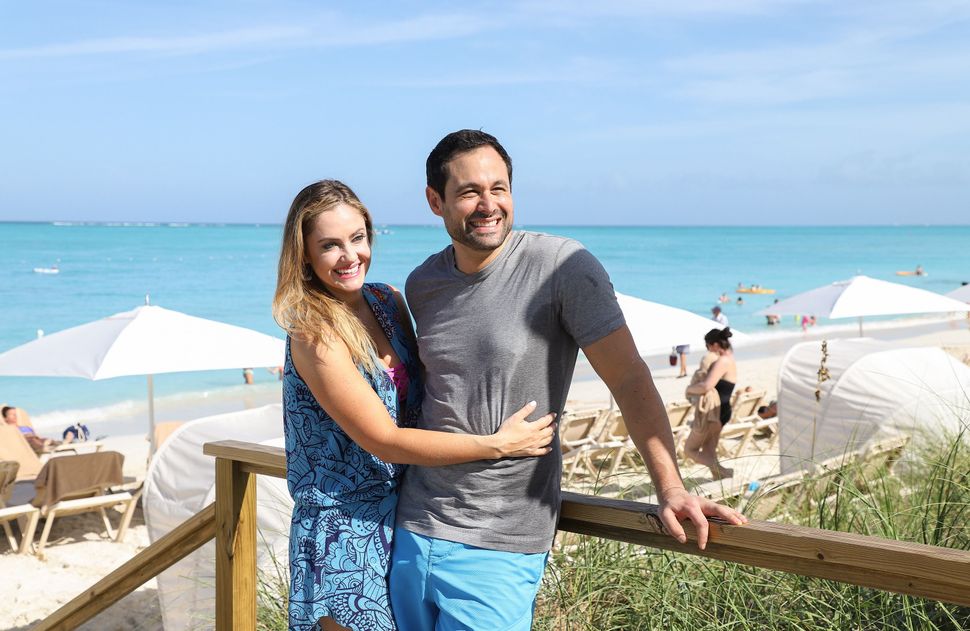 Disgraced Bachelor, Arie Luyendyk, faced the world Tuesday night on ABC’s “After the Final Rose” to talk about why he proposed to one woman, Becca Kufrin, on national television only to break it off a month later and run back to runner-up, Lauren Burnham.

Luckily, he was not alone. Former Bachelor Jason Mesnick turned up with his wife, Molly Malaney, to give Luyendyk some advice about how to handle what is sure to be an onslaught of hate from the media consuming masses over the next couple of months.

Mesnick, one of the few Jewish people to land the starring role of Bachelor/Bachelorette in the hit reality series, made a similar misstep during his season. He initially proposed to Melissa Rycroft before breaking off the engagement and requesting the hand of runner-up Malaney, to whom he has now been married for eight years.

“This show can really mess someone up,” Mesnick told the rancorous crowd Tuesday evening. “Unless you’ve been through it, you just don’t get it.”

With Malaney by his side, Mesnick urged Luyendyk to buy a plane ticket and get the heck out of dodge for a couple of months until Middle America’s housewives have recalled their flying monkeys and focused their rage elsewhere.

The much-anticipated special ended with a proposal — this time, America hopes, to the right person, Lauren Burnham. The happy couple say they intend to take Mesnick’s advice and have already purchased their plane tickets.

Arie Luyendyk Gets Some Advice From Jewish Ex-‘Bachelor’ Jason Mesnick