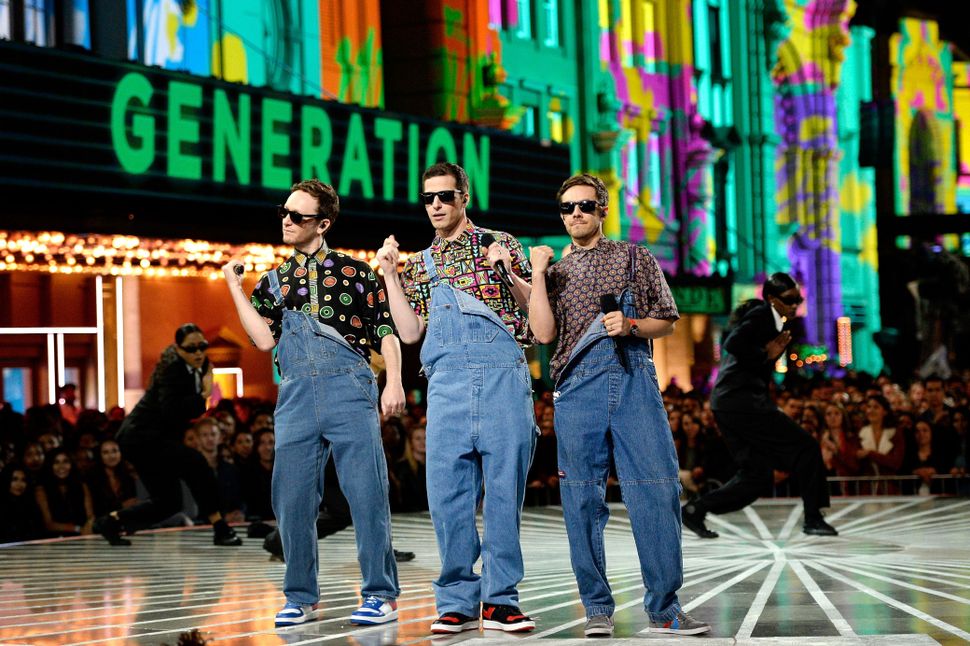 It is the official position of The Schmooze that novelty comedy music, the niche genre that encompasses the music of Rachel Bloom, Weird Al, Tenacious D, and Flight of the Conchords, is one of the only forces keeping the threadbare rags of our society stitched together. Surely, we all remember Allan Sherman’s b-side 1963 classic “Rat Fink.” Gold.

Therefore, we are sad to report that a new song by comedy music geniuses The Lonely Island is not very good. The song, by band members Andy Samberg, Jorma Taccone, and Akiva Schaffer about blockbuster movies that didn’t receive Oscar nods, is odd. Its music video, such as it is, alleges that the band was asked to write a song for the 90th Oscars ceremony on Sunday night, but their idea was not selected because it was, they quote the Oscars producers, “financially and logistically impossible.”

We submit that this song was not “chosen” because it is strange and not that good. However! The song, which takes a decidedly different tact from Lonely Island’s style, both musically and in its narrative form, suggests a potential new direction for the band: A Lonely Island Broadway Musical.

“Lonely” boys, that part where Dominic Toretto sings “and what even is art? How do you define its importance?” shows real promise! Stephen Sondheim, this collaboration could be your swan song.