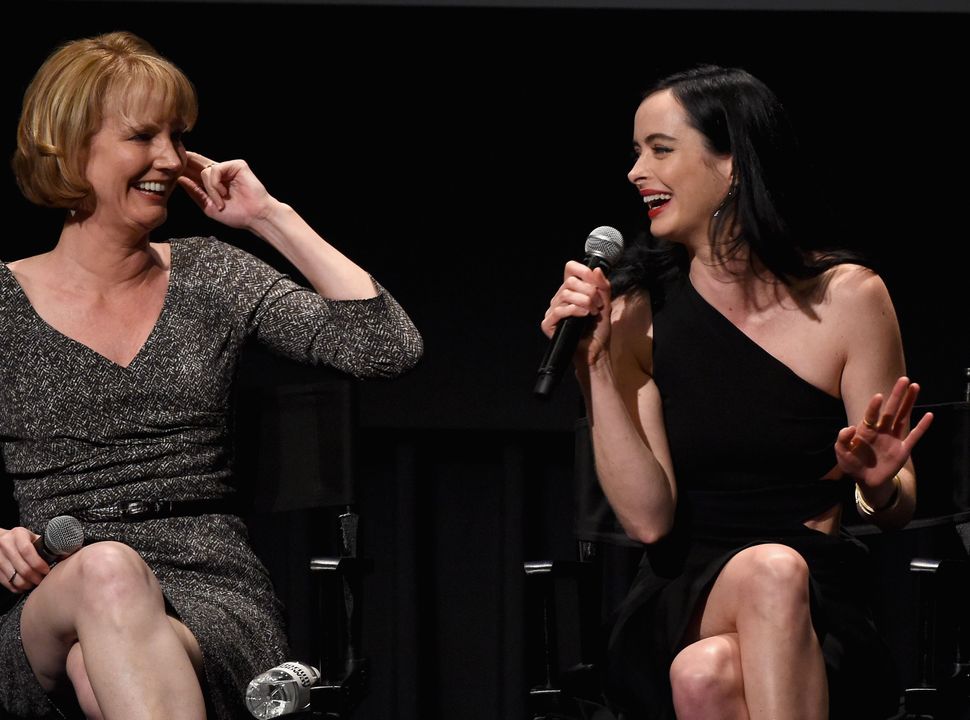 After four excruciating years, “Jessica Jones” season two is finally here. And for that, you can thank … women!

In a new interview with Vulture, Melissa Rosenberg, the show’s creator, explains her decision to hire only female directors to direct season two’s 13 episodes.

Well, I tried on season one to get as many women as possible, but there’s a smaller pool and many of those who I reached out to weren’t available for these specific slots. So, I knew going into this season I wanted to start well in advance, get on their calendars, and book them. The intent was having at least fifty-fifty, but then it organically grew into all 13 [episodes] with the support of my colleague over at Netflix, Allie Goss. There’s this really deep bench. There are so many talented, qualified women. It’s not like we’re having to search very hard. With the directors, it’s not like we were discovering anyone. They’re as highly qualified with as many credits as any other director, you know?

Season one dealt heavily with women’s issues, including a major plot line centered around Jessica Jones’ rape at the hands of villain Kilgrave, played by the unrivaled David Tennant. The season’s primary relationship was between Jessica Jones and her best friend Trish.

Season two promises more of the same. It drops March 8 on Netflix.