Obsessed with the royal family? So are we, which is why the show The Royals is nail-bitingly addicting.

“The Royals”, a scripted show on E!, has a self-explanatory premise — a British Royal family whose dysfunction takes family drama to a whole other murderous, sexually promiscuous level.

Created by now-disgraced Mark Schwann, the Jewish producer behind cult-TV shows like One Tree Hill and White Collar, the show, now in its fourth season, has already killed off its king, placed a scheming uncle on the throne, had the queen and her daughter share a lover, and brought a nefarious brother to power.

Which is where we left off last season — Robert (played by Max Brown) was crowned king and his younger brother Prince Liam (played by William Moseley) spends the entirety of this season trying to take him down, losing his moral center in the process. Indeed, this entire season will show the characters in an entirely different light. This week, The Forward spoke to Moseley, Elizabeth Hurley (who plays Queen Helena) and Alexandra Park (who plays Princess Eleanor) at a press event promoting the show. There, we learned that “golden boy” Liam will become the “problem child”; his strung out, drug-addicted twin sister Princess Eleanor will start behaving; and his mother, Queen Helena, will deal with the frustration of loss of power and the realization that she has “spawned the devil” (her eldest, Robert). 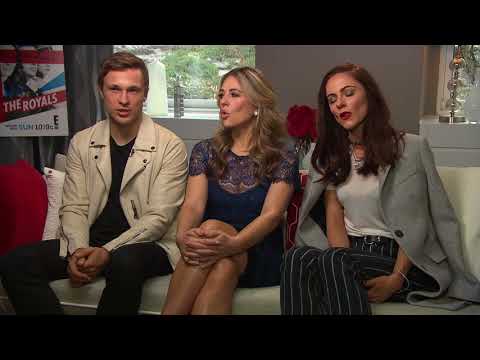