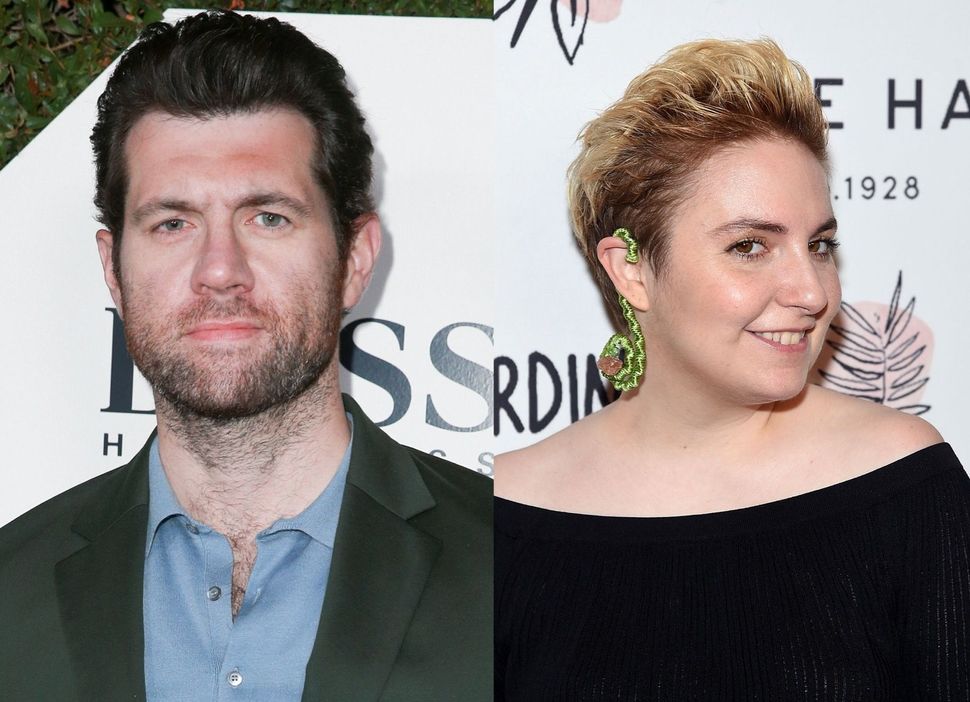 Some people achieve their dreams and other people ACHIEVE THEIR DREAMS.

(And then there are those who live lives of quiet desperation but this isn’t about you right now).

RuPaul, the host and creator of “RuPaul’s Drag Race”, falls solidly into the second category. The actor/model/author/television personality/personal role model to all is the most internationally successful drag queen in (and I’m just going to make an executive decision here, people) the world. He cemented his place as the Oprah of the queer media scene back in the early 90s and has hosted his Emmy award-winning reality drag competition since 2009.

And now he is inviting Lena Dunham and Billy Eichner to ACHIEVE THEIR DREAMS by proxy.

Dunham and Eichner are among the lucky celebrities RuPaul has invited to guest judge the upcoming season of “RuPaul’s Drag Race.” Yes, that means they will sit on the right and left side, respectively, of RuPaul as a parade of the fiercest queens fight to claim supremacy. One cannot prepare for this moment — one must simply trust they will find the strength within themselves at exactly the right moment.

Dunham and Eichner will be joined by Ilana Glazer, Abby Jacobsen, Courtney Love, and several other people who I don’t really care about.

The 10th season will premiere on March 22.