‘Jessica Jones’ Tries And Fails To Deliver Another Perfect Season 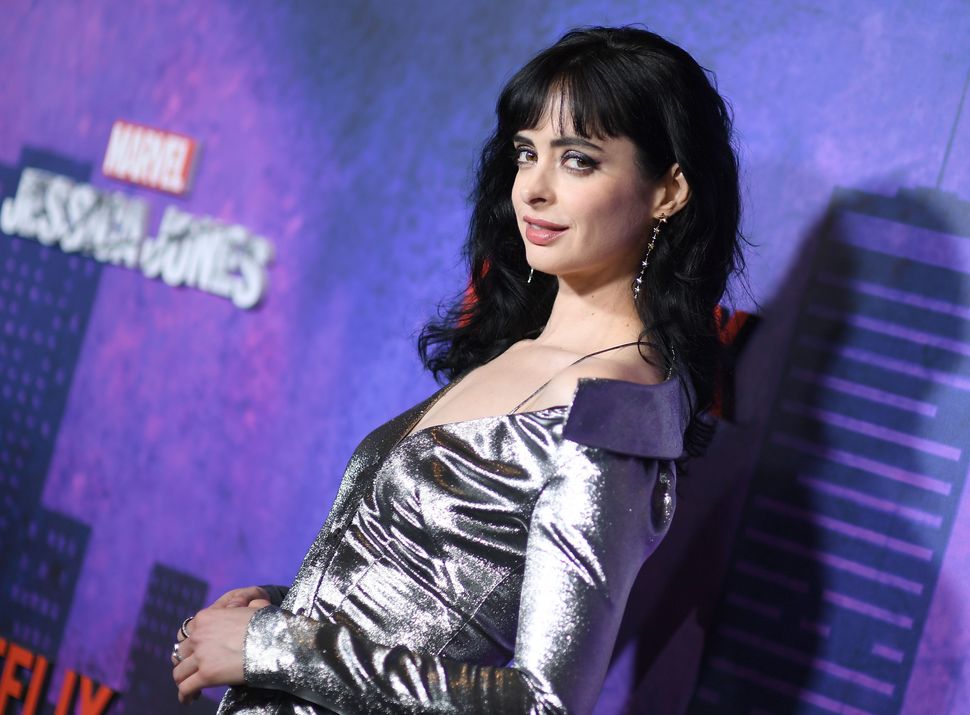 I credit the first season of “Jessica Jones” for inspiring me to join Twitter. As I watched that first positively riveting season late into the night nearly three years ago, I was overcome with an urge to share every thought, every opinion, every emotional reaction to the drama. It wasn’t enough, however, just to text my friends, none of whom had much interest in binge watching the show. I wanted the whole world to know how I felt about that first season.

And so, I joined Twitter. Here are some of the tweets from that period of my life:

What I’ve learned from this show so far is that British people invented evil and never give them ketchup.

All entertainment feels empty to me after #JessicaJones . Or maybe I just shouldn’t’ve followed it up w/ the Xmas slasher film “Jack Frost.”

God, I literally pine for season two of Jessica Jones, it’s like a physical ache.

Thousands of opinion filled pop-culture tweets later (on a variety of subjects!), I have still not forgotten the show that started it all. That’s why when it was announced that “Jessica Jones” would finally be returning to Netflix for a second season, my expectations were very high.

Unfortunately, after having spent 10 precious hours this past weekend binge watching the second season, my tweets looked like this:

Guys I’m on episode three of Jessica Jones season two and totally bored! Do I quit while I’m ahead or keep going?

Jessica Jones is brutal, like they could have given Trish one good quality

Jessica Jones Season 3: Rehab For Everyone!

The second season opens with Jessica Jones living her life in peace as she knows it. She drinks too much, tracks down cheating spouses for paying clients, and keeps her relationships with other people limited to her best friend, Trish, and her assistant, Malcolm. Unlike the first season, which revolved around Jones’ battle with her archnemesis and former abuser, Kilgrave, season two pays more attention to Jones’ battle with her own demons.

The season is a slow burn. Three episodes in, I am wondering whether I should call it a wash and turn on “Vanderpump Rules” instead. The new villain, who turns out to be Jessica’s own mother, isn’t nearly as fascinating as Kilgrave. Where he relied on mind control to terrorize the people around him — a power made more disturbing by the fact that he used it not for world domination but for inflicting torture on those in his immediate vicinity — Jones’ mother, Alyssa Jones, is simply strong and fast. Like Jones, her mother got her superstrength through the surgery that saved her life after a car crash killed half of the Jones family. Unlike Jones, her mother struggles to control that strength, often killing innocent people in a fit of rage.

But Alyssa lacks what was so fascinating about Kilgrave. While all she’s capable of doing is physically maiming people, the damage Kilgrave did went far beyond the physical. He was a stomach turning monster, an expert manipulator, a villain who left his victims believing that what he had done to them was their fault. He was one of the most brilliant nemeses on television and, without him, “Jessica Jones” — the television show, but also the character — will never be the same.

The show’s creator, Melissa Rosenberg, said in an interview that season two would not try to introduce a villain to rival Kilgrave. Rosenberg seemed well aware that Kilgrave is as diabolical — and genius — as villains come.

But perhaps they should have tried.

Without Kilgrave, Jones’ primary battle is waged internally. And while inner demons have always been a crucial part of superhero movies, the external battles are just as important. Without a foe who can truly give Jessica Jones a run for her money, season two feels at times empty, plodding, and (as much as it pains me to say this) boring.

We can only hope that Rosenberg brings back a worthy opponent in the third season — a cunning, crazy, complicated enemy whose demise we will once again excitedly anticipate for 13 breathless episodes.

‘Jessica Jones’ Tries And Fails To Deliver Another Perfect Season