Tiffany Haddish: ‘My (Jewish) Dad Would Be Proud If I Hosted The Oscars’ 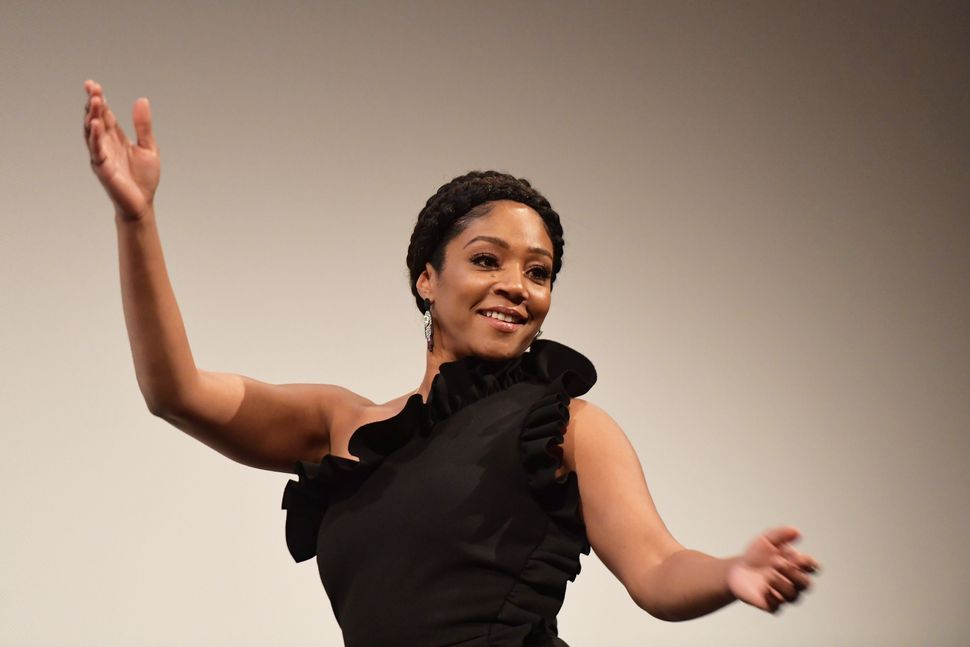 Of course, racism plus sexism plus not having a famous dad probably had something to do with how long Haddish took to get that life-changing role in “Girl’s Trip.” But Haddish has something better than a famous dad.

She has a Jewish dad! And, she said in a panel at SXSW, he would be very proud of her if she were chosen to host the 2019 Oscars.

“I would love to do something like that,” said Haddish when asked about whether she would be willing to host the 2019 Oscars. “I know my father would be extremely proud if I got to do that.”

Haddish’s father is an Eritrean Jew from an African country called Eritrea, previously part of Ethiopia. Her mother is a Jehovah’s Witness, prompting Haddish to identify as (her words, not ours) a “Jew–Jo.”

A petition was started online to clinch Haddish and Maya Rudolph as the hosts of the 2019 Oscars after the five minute comedy bit they did while presenting the nominees for Best Documentary proved to be the best part of the 2018 Oscars.

Tiffany Haddish: ‘My (Jewish) Dad Would Be Proud If I Hosted The Oscars’