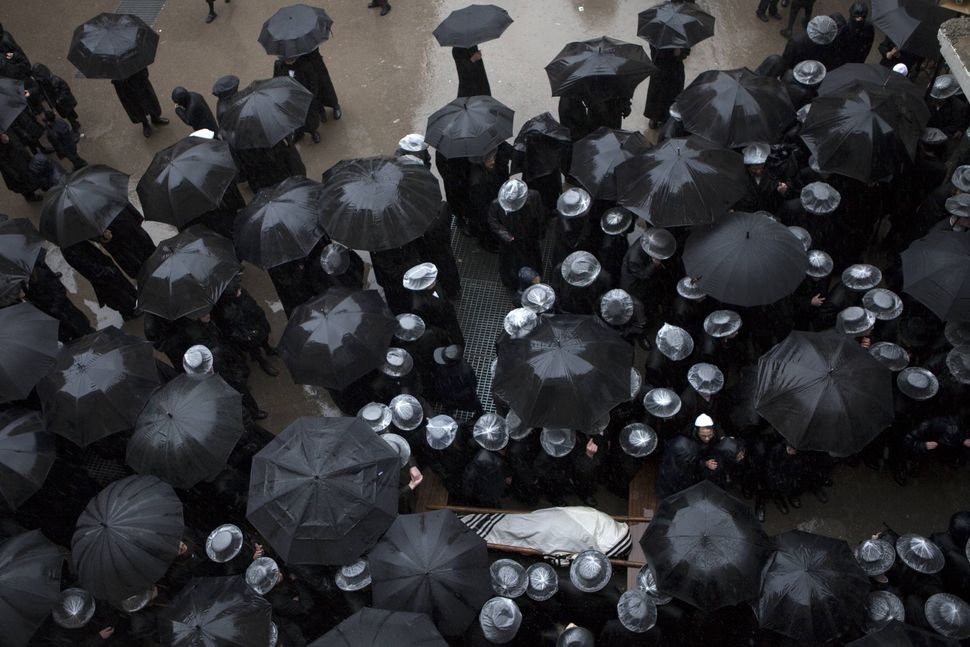 A horde of Jews, plotting about the weather. Image by Getty Images

Trayon White, a Washington, D.C. council member, made a comment this weekend that suggested that a powerful Jewish family controls the weather.

In a video that White posted on social media and later deleted, the lawmaker urged viewers to “pay attention” to “climate manipulation.” He said that the city of Washington DC is accustomed to responding to harsh weather conditions, “based off the Rothschilds controlling the climate to create natural disasters they can pay for to own the cities, man.” The Rothschilds are a historic Jewish banking family who have long been the target of anti Semitic conspiracy theories usually involving using wealth to control government and culture.

“Based off the Rothschilds controlling the climate to create natural disasters they can pay for to own the cities, man.”

White later apologized, though he did not explain or retract his comments. He wrote, “I want to apologize to the Jewish Community and anyone I have offended.” He added, “The Jewish community have been allies with me in my journey to help people. I did not intend to be Anti-Semitic, and I see I should not have said that after learning from my colleagues.”

Let’s talk about how much Jews do not control the weather.

You remember Israel, right? It’s that highly contentious piece of property in the Middle East that’s just about the size of a hangnail. Israel is currently facing a drought that borders on a full-blown crisis, and water resources have long been a source of conflict in the area. Israel’s major source of fresh water is a very beautiful puddle called the Sea of Galilee, and 60 percent of the country is desert.

If the Jews controlled the weather, would we really allow this to continue?

A little heaven in the Levant, Israel may not get much rain but it does enjoy warm, sunny weather. Here’s a picture of an Israeli soaking up the sun on a perfect summer day at Tel Aviv beach: 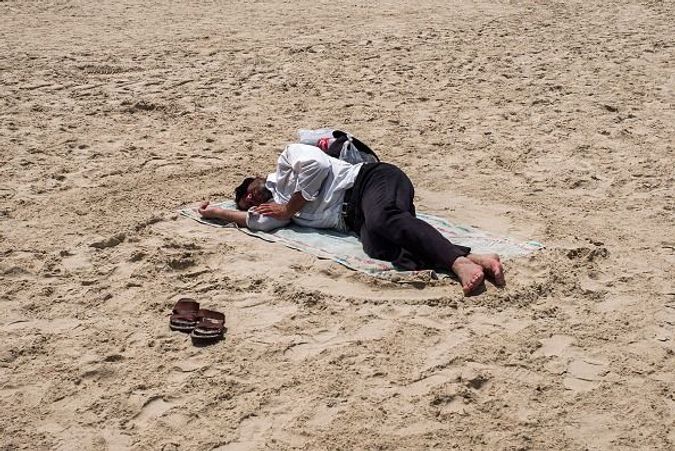 Look how happy to be controlling the weather he is! That picture and the one below were taken during the first week of August 2015, when temperatures in Tel Aviv reached highs of 100 degrees Fahrenheit. 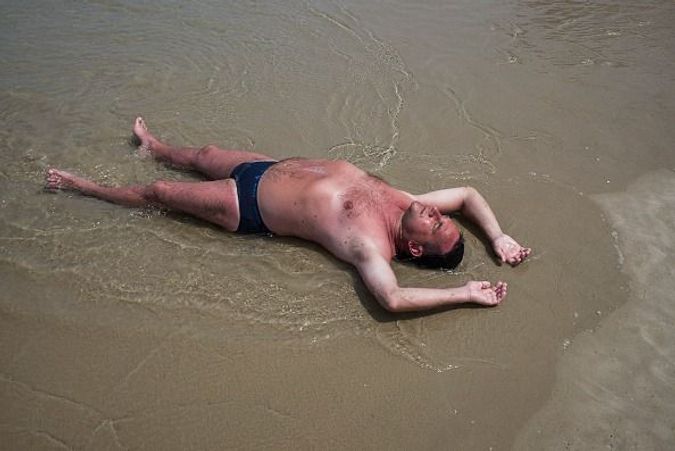 Now seriously, do those human meat sticks broiling like Jonah under a rotted plant really look like two people who know how to control the weather?

Let’s move on to this picture of sinister Israeli weather magicians romping in a thick blanket of sweet, sweet snow: 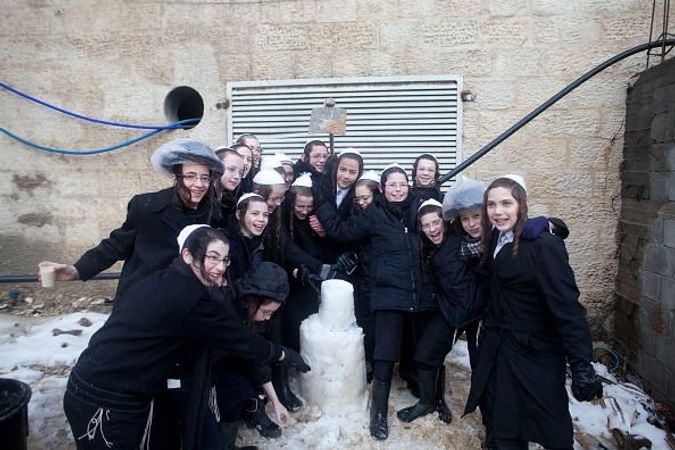 These 900 children gathered every single snowflake in Israel, and they still built something the size of an ungenerous wedding cake. There is more litter on the ground in that picture than there is snow. That is enough snow to have a snowball fight for a whole seven seconds.

But let’s get on to the strongest evidence.

It does, occasionally, rain in Israel.

And when it rains, it pours. 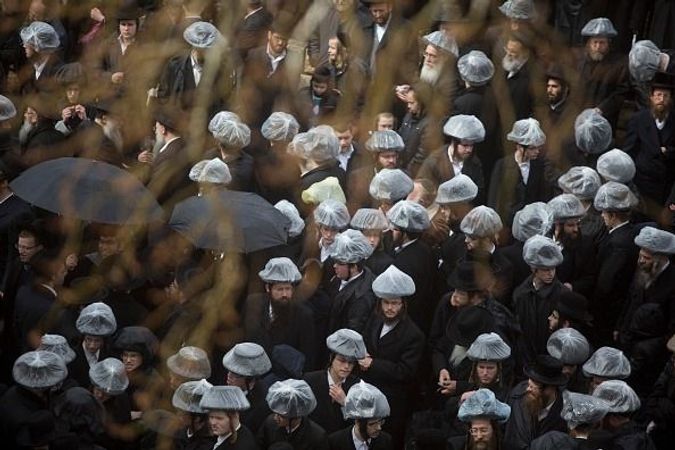 This picture’s worth a thousand tears: 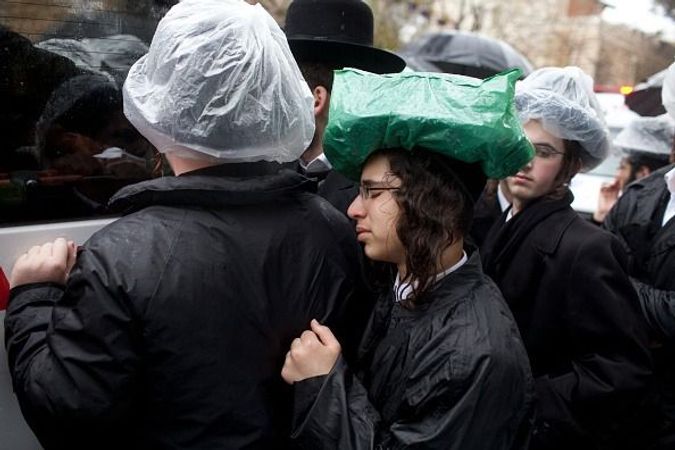 You can joke all you want about women not wanting to get their hair wet. You know who really don’t want to get wet? Men who own $4,000 hats.

Here are some Jews experiencing the miracle of morid hagashem (rainfall) in Vilnius, Lithuania.

Look closely and tell me: do these men look like they have sinister powers that have allowed them to manipulate the weather? 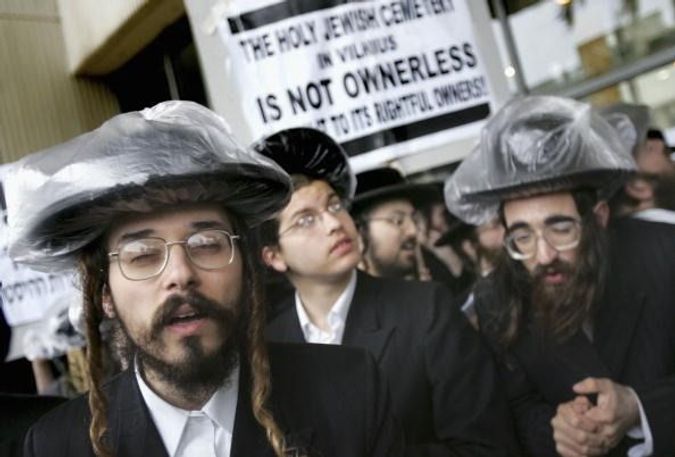 Here’s an Israeli enjoying bountiful floods of glorious, heaven-sent rain. The kicker? This picture was taken just three months after the 2015 degree heatwave, just miles away.

What can we mighty, monied, weather-wielding Jews say? It’s nice to be so close to God. 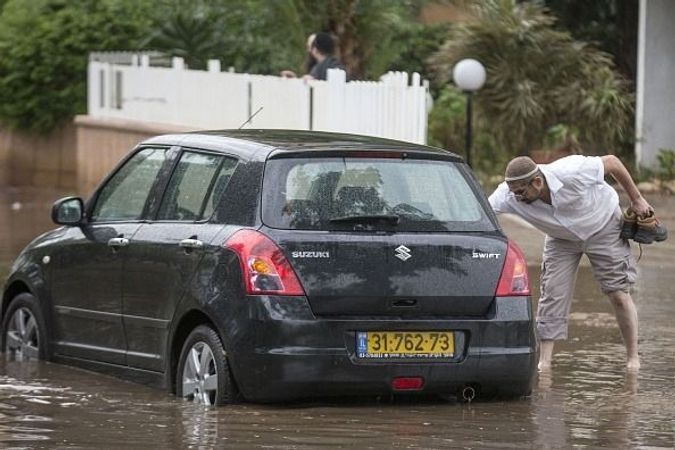