Ivanka Trump Went To An Iowa Hair Salon. Now, Its Customers Are Outraged 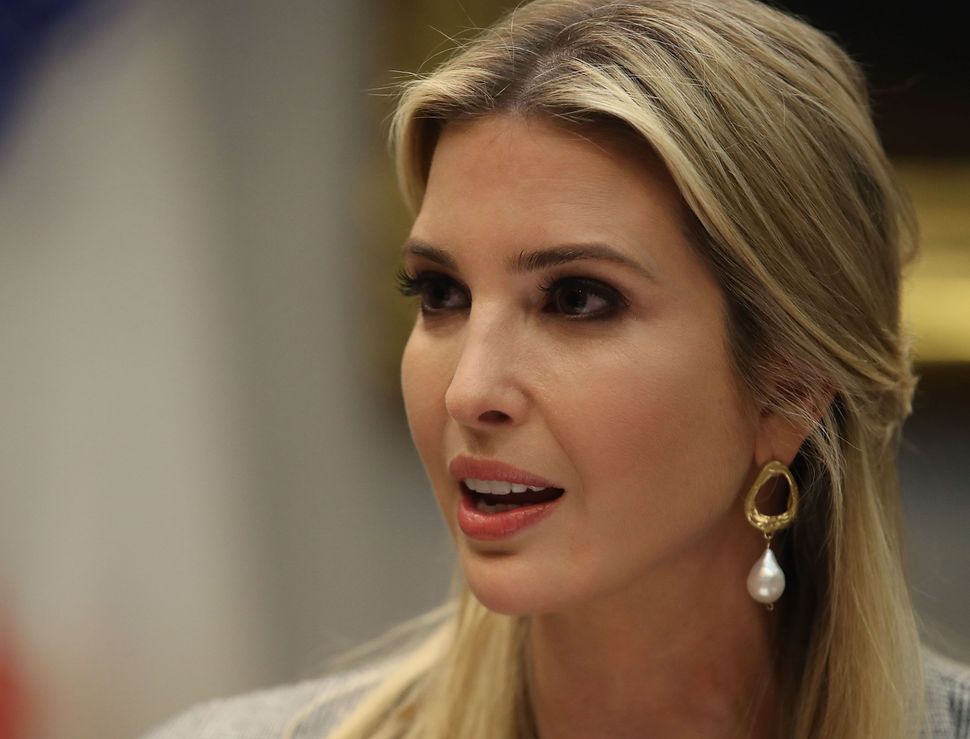 At Salon Spa W in Des Moines, a gracious environment enhanced with blonde wood and chrome accents, a simple blow-out (a popular hair style that provides volumized hair,) costs $45. If you visit Spa W wishing to achieve a hairstyle like Ivanka Trump, who has (we suspect) double process-dyed hair, which is always immaculately blown out and perfectly trimmed, it will set you back about $224, plus tax and tip. Women who wish to keep up their look repeat this process every four-to-six weeks.

Compared to Manhattan pricing, full hair styling for that cost sounds like chump change. But for Salon Spa W, which has received a barrage of fury from female customers after posting on Facebook about styling Ivanka Trump and Iowa governor Kim Reynolds on Monday, losing customers who pay in the three figures for hair visits is no joke. Since posting an image of the president’s daughter with the comment, “We heart supporting women in politics!”, the spa has dealt with a backlash of criticism as well as support from customers, supposed customers, and bald men who live in other states.

On the Facebook posts, comments came from incensed women like Emmanuel Smith, who wrote, “Do you know how much money I spend at Salon Spa W? I get my nails and hair done there exclusively, and literally have my appointments booked till year’s end. THIS makes me not want to give you another penny, and makes me really REALLY angry for all your amazing LGBTQ staff whose lives these women threaten. Please take this down.”

However, plenty of the 3.4 thousand responses on the original post promise to give Spa W new business, and criticize boycotters. Commenter Jim Sullivan wrote, “All you liberal are a bunch off [sic] butt darts why dont you quit being a bunch of crybaby looser and grow up and act like adults I guarantee if obama walked in to your place you would have it on cnn, msnbc and all the other pathetic news liers showslet alone Facebook.”

And a third type of commenter urged the salon to simply ignore the “butt darts.”

A commenter by the name of Robert Sanford wisely noted, “Don’t get down about it. All the Trump haters posting are either political operatives, communists, Russian Intel, perverts, Elizabeth Warren, or just plain insane.”

The spa added an addendum to their post, which is closer to a defense than an apology. The salon’s owner, China Wong, noted that the spa serves “clients from all walks of life” and has styled former president Barack Obama. But, Wong wrote, “We recognize that impact matters more than intent.”

Whether you’re a liberal butt dart, a 2020 MAGA believer, a pervert, or Elizabeth Warren, you have to admit one thing: Ivanka Trump’s hair looks phenomenal.

And something else, too — the use of Ivanka Trump’s femininity to pit women against women, making excessive wealth appear relatable to the average American woman, is all intentional. And it is a secret weapon that the Trump campaign and administration has deployed many, many times.

But once again, her hair looks great.

Ivanka Trump Went To An Iowa Hair Salon. Now, Its Customers Are Outraged