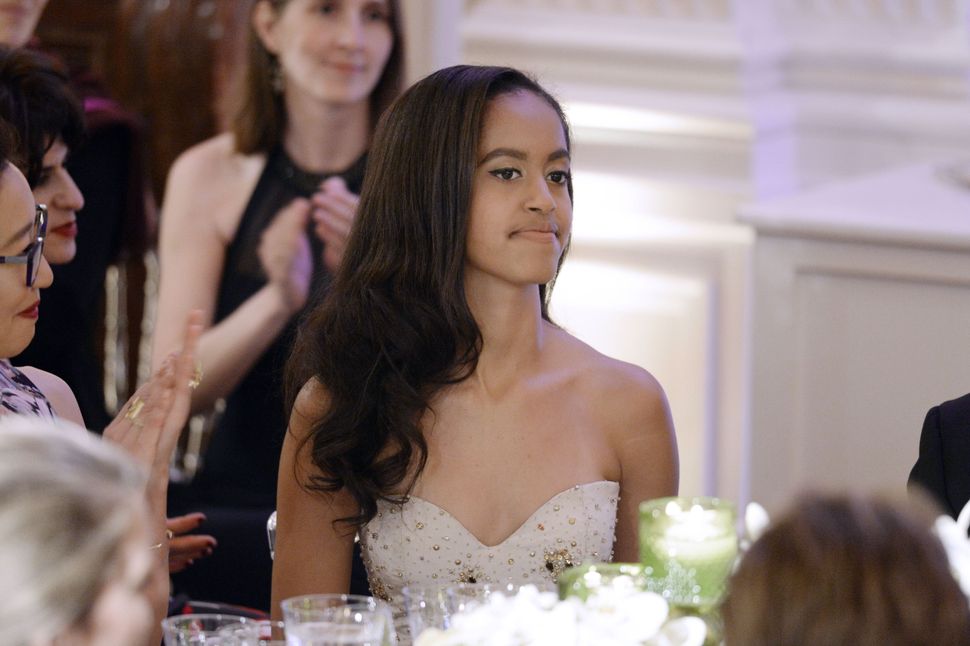 Not impressed. Image by Getty Images

Harvey Weinstein is bankrupt. Morally, and now also, in terms of his company, financially. The Weinstein Company filed for bankruptcy on Monday, and in documents obtained by several news organizations and reported first by The Blast, the company has 300 pages of creditors, including former first daughter Malia Obama, who interned for The Weinstein Company in 2017.

The list, which, again, is longer than the early Harry Potter books, reads like the guest list to the Met Gala. Just a few of the famous Jews on the list include Jerry Seinfeld, Daniel Radcliffe, Seth Rogen, and Gloria Allred. The Weinstein Company is also in the red with such mega-stars as Jennifer Lawrence, Dame Judi Dench, Alexis Bledel, Aziz Ansari, and Heidi Klum.

The fascinating thing about the list is how totally non-discriminatory it is. It includes people who have been accused of sexual assault, people who have accused others of sexual assault, and it includes the company ‘Blockbuster’, too. It includes stars young and old, gay and straight, alive and dead, black, white, and Mob Wife. It even includes Harvey Weinstein himself, though one imagines he will not be getting a payoff.

Maybe, if we live long enough, we will see the rise of the Malia Obama corporation with Harvey Weinstein working off a debt of thousands of community service hours as her unpaid intern. Ken y’hi ratzon.