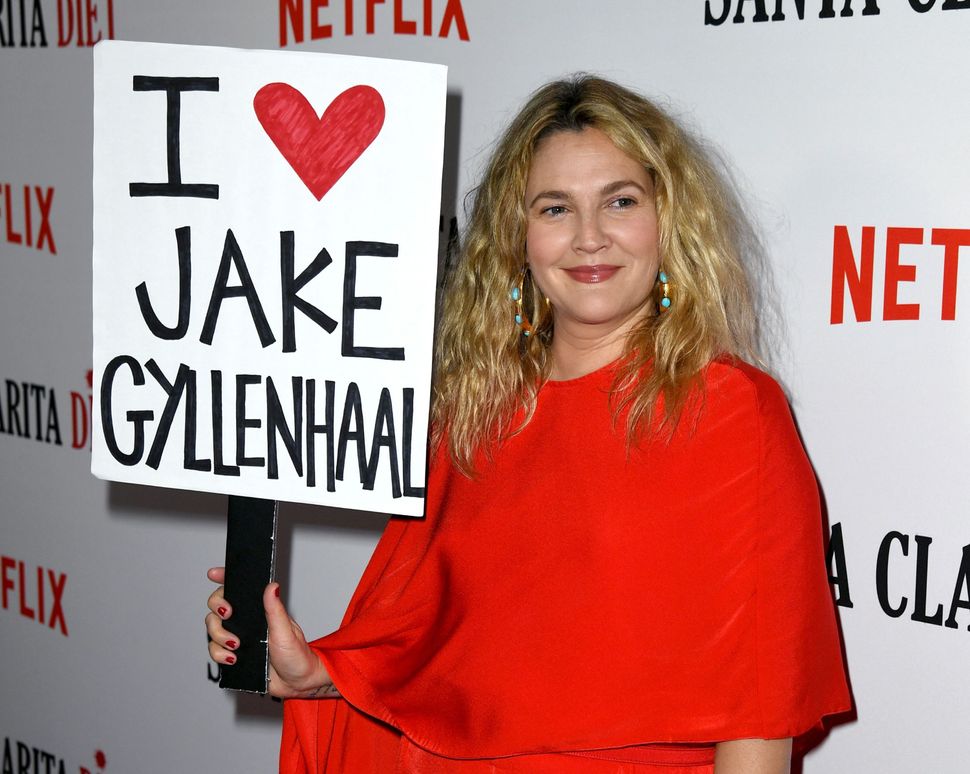 Drew Barrymore has gone from troubled child star to revamped Charlie’s angel to America’s most laid back sweetheart to, currently, doing one of the best celebrity press junkets we have ever seen. Barrymore is promoting the second season of her (disgusting-looking) zombie Netflix series “Santa Clarita Diet”. And instead of the dazed anecdotes us members of the public have become used to on actors’ promo-tours, Drew has been delivering some grade-A content.

Just a few gems — the mother of two published an impossibly brave Instagram essay (that’s a legitimate news format now, deal with it) about raising children as an unapologetic working mother. Barrymore next made headlines by saying that when she is mistaken for being pregnant she firmly responds, “No, I’m just fat right now.” Not content with obtaining hero-status by being unapologetically a mother and unapologetically fine with her body, Barrymore has capped off her tour by ranking men. It is impossible not to fall, every day, further and further in love with this woman.

Barrymore was asked to rank three of her former co-stars by James Corden on “The Late Late Show With James Corden” on Wednesday evening. Corden, despite tremendous comedic talents, insists on running yet another talkshow in which an aging white and a revolving cast of celebrity guests inadvertently make a strong case for rising up against the bourgeoisie via a series of interviews that are somehow both boring and badly sexual. No offense!!! Case in point – if Barrymore didn’t answer the question, she was going to have to eat “raw turkey balls.” So this conversation was appealing due to Drew Barrymore’s disarming charm and Drew Barrymore’s disarming charm alone.

Now, it is our suspicion that Jake Gyllenhaal has never come last before in his life, and we think this is a good experience for him. Yet Drew, determined to give her fans the time of our lives on her press tour, was determined to make it up to him. She arrived at the red carpet premiere of “Santa Clarita Diet” carrying a sign bearing the words “I <3 Jake Gyllenhaal.”

Never, ever doubt the charm of Drew Blythe Barrymore, daughter of John and Jaid Barrymore, mother of Olive and Frankie Barrymore Kopelman, the woman who put Jake Gyllenhaal in his place.