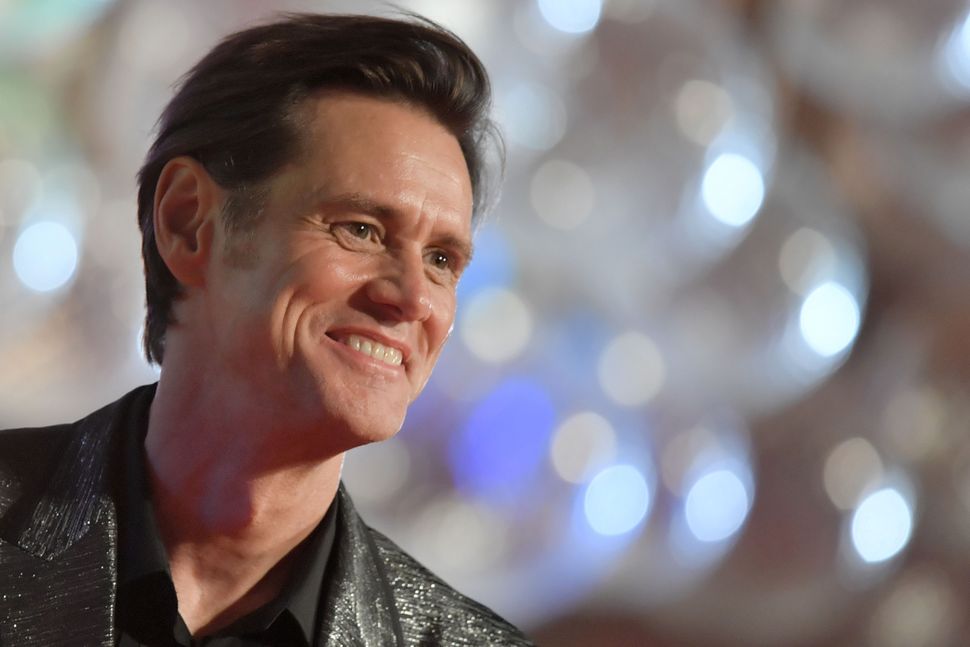 Between 1914 and 1930, psychologist Carl Jung created an illuminated manuscript, “The Red Book,” illustrated with images of his theories and inner life. In 2013, American illustrator K.C. Green created a web comic called “Gunshow,” one frame of which includes an image of a big-eyed, cartoon dog being engulfed in the flames of a burning house, saying, “This is fine.” It became one of the most popular memes of 2016, suggesting the absurdity of life and the strength of our collective commitment to denial.

Now, in 2018, comedian Jim Carrey has created a work of art showing Jared Kushner, “Self Unmade Man,” that is the exact love-child of a Jungian image and Green’s “this is fine” meme. And we are farklempt, and confused.

This image by Carrey is part of a series the artist has been putting out over Twitter since the Fall of 2017, skewering and occasionally celebrating major figures, mostly politicians. Other targets have been Sarah Sanders, Mark Zuckerberg, Marco Rubio, and President Trump.

Now, naturally the Schmooze has a lot of questions about this.

1.The Schmooze thinks this looks more like “This Is Fine.” Our colleague Ari Feldman actually brought up the whole Carl Jung resemblance. Who’s right? 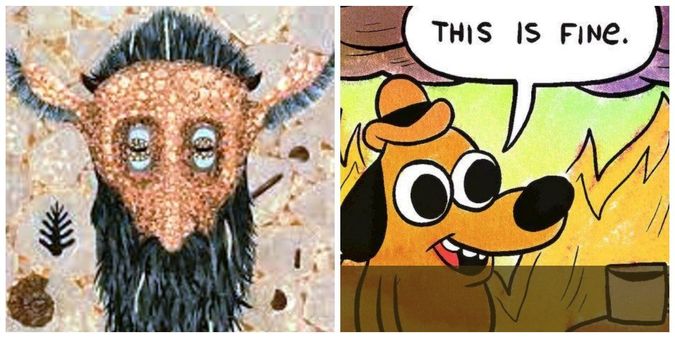 2.Let’s talk about the elephant/dog in the room — is this an anti-Semitic image? Kushner has dollar signs in his eyes and he appears to be rising out of hell. But to be fair, Jared Kushner does seem obsessed by money, and the Kushner family did make a deal with the devil over the skyscraper at 666 Fifth Avenue that has left the Kushner company in tremendous debt that some say compromises Kushner’s interests in the White House. And the rest of Carrey’s caricatures are equally unflattering. We’re going to chalk this one up to fine-as-long-as-there’s-no-follow-up-image-of-Kushner-baking-a-baby-into-matzo.

3.Is Jared better looking in real life or in Jim Carrey’s picture? There is something so sweet and boyish and wan about real-life JKush! Carrey depicted him with more chiseled bone structure and something of a look of murder about his eyes. Both are good looking, but is one better?

4.When will we get our Jim Carrey Ivanka caricature, and can it please be inspired by the paintings of Sigmund Freud’s grandson Lucian?!

5.Is Jim Carrey okay? Jim Carrey has seemed not okay for a long time. We hope this art is as therapeutic for him as it is exciting for us and we wish him the very, very best.