The Memoir Of A Nazi-Hunting Couple, ‘Silicon Valley’ And More To Read, Watch And Do This Weekend 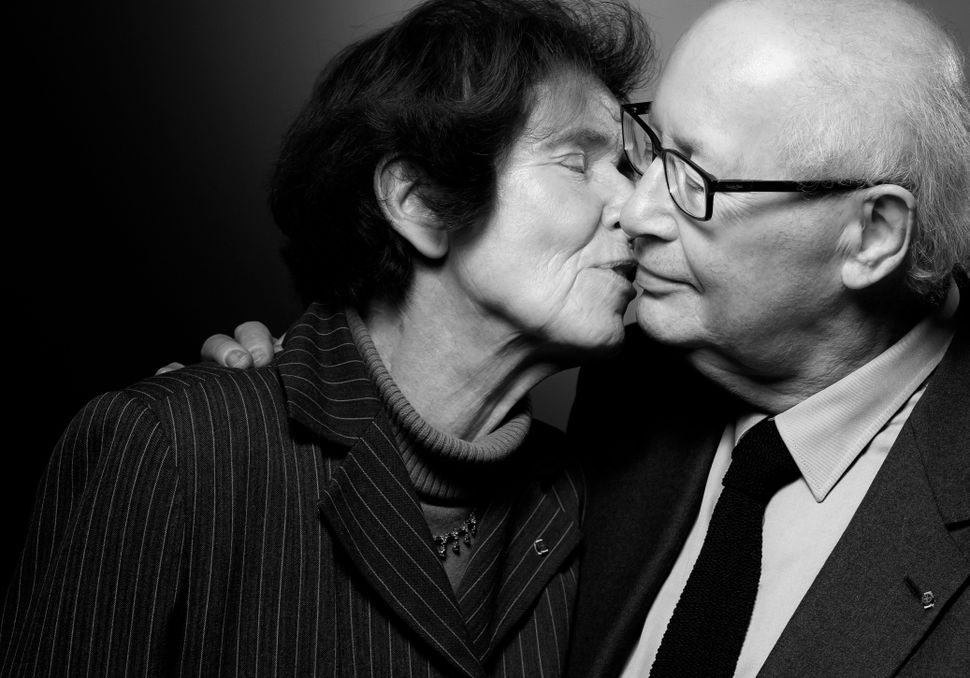 Happy first weekend of spring! Much of the snow in New York City has melted; regrettably, it has mostly melted into impassable puddles. Nevertheless, spring is in the air, and the prospect of wet shoes shouldn’t keep you from venturing out to experience some of the weekend’s best culture. Read on.

What’s better than love? Loving the person with whom you devotedly hunt Nazis. Beate and Serge Klarsfled have spent their marriage doing just that, and “Hunting the Truth,” their new memoir of their shared life, is worth a read.Jonathan Weisman’s ”(((Semitism))): Being Jewish in America in the Age of Trump” has generated its fair share of controversy this week. If you’re hesitant to pick it up, begin with Sam Bromer’s Q & A with Weisman for the Forward, and be sure to also read Forward editor-in-chief Jane Eisner’s review of the book for The Washington Post. If you’re in the mood for a truly remarkable story, make time this weekend for Elizabeth Weil’s New York Magazine profile of Aleksander Doba, who has kayaked across the Atlantic Ocean three times.

Wes Anderson’s new stop-motion animation film “Isle of Dogs” has drawn controversy over its handling of Japanese culture. If you’re still inclined to see the film, the cast of which includes Jeff Goldblum and Harvey Keitel, go and debate its merits with your friends. Also out this weekend is the Holocaust drama “Bag of Marbles,” and if you need something absolutely lighthearted, if cringily so, tune in Sunday for the premier of the fifth season of “Silicon Valley.”

For a treat, see a concert performance of the rarely-staged musical “Grand Hotel,” based on Vicki Baum’s 1929 Yiddish novel and play “Menschen im Hotel,” at City Center Encores. On Sunday, don’t miss New York Live Arts’s tribute performance “A Celebration of Arnie Zane.” Make time as well for the Met Breuer’s new exhibit “Like Life: Sculpture, Color, and the Body,” which features works by artists including Louise Bourgeois.

On Saturday, attend the National Chamber Ensemble’s “Strings Fever,” featuring works by Brahms and Mendelssohn. Sunday, don’t miss k.d. lang at Strathmore; yes, she has Russian Jewish ancestors! And for a laugh, head to Wolf Trap for a performance by Chicago’s Second City of “Look Both Ways Before Talking.”

It’s a good weekend for theater in Chicago; both Theo Ubique Cabaret Theatre’s “Sweeney Todd” and Stage Left Theatre’s production of Meridith Friedman’s “The Luckiest People” are worth attending.

Friday night, attend the opening of Chris Kraus’s “In Order to Pass: Films from 1982–1995” at Chateau Satto. And on Sunday, choose between two classical music offerings: The LA Opera’s matinee of “Orpheus and Eurydice,” followed by a conversation by Stephen Fry and James Conlon, or a performance by the American Youth Symphony, featuring Russian Jewish pianist Vladimir Feltsman, at the LA Phil.

The Memoir Of A Nazi-Hunting Couple, ‘Silicon Valley’ And More To Read, Watch And Do This Weekend