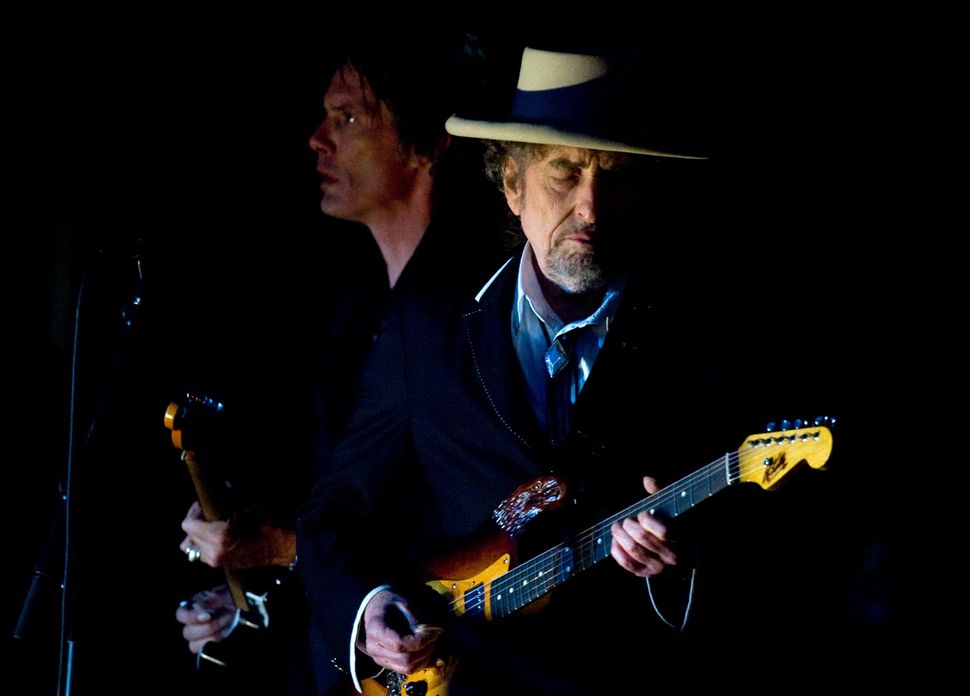 Bob Dylan is a little gay and a little corporate these days. Doesn’t sound much like the Robert Zimmerman you know and love to be confounded by? Well, he’s funny that way.

On a new collaboration, “Universal Love,” Dylan joins artists including Kesha and St. Vincent in reworking classic love songs so that each singer is referring to a same-sex lover. Kele Okereke, the male lead singer of the band Bloc Party, recorded The Temptations’ “My Girl” as “My Guy.” Ben Gibbard of “Death Cab For Cutie” sweetly sang “And I Love Him,” a new classic The Beatles would surely approve of. And Dylan, his soothing, gravelly voice underscored by piano, sang Billie Holiday’s standard as “He’s Funny That Way.”

These days, where there goes celebrities and mild activism, there goes big business. “Universal Love: Wedding Songs Reimagined” is a project by MGM Resorts International to promote the hospitality group’s wedding business to LGBT couples. Of the 15 MGM resorts in Las Vegas, the company’s CEO Jim Murren told the New York Times, 20 to 30 percent of wedding venue bookings are for gay couples.

Rob Kaplan, the executive producer behind the project, allowed artists to choose tracks to cover. Country and blues singer Valerie June elected to recast Noel Coward’s “Mad About The Boy,” which was denied release in 1932 when Coward recorded his own cover of it, because of anti-gay prejudice. Changing the pronoun to “girl” is subversive for June, who told the Times she was a guest at a gay wedding for the first time last year, when her cousin wed. “It brings the song full circle to know that it was written by a gay man who meant every single word of ‘Mad About the Boy,’” she said.

No need here for tired remarks about how “time’s are a changin’” — love was always “universal.” It was true before it was profitable. Love’s funny that way.