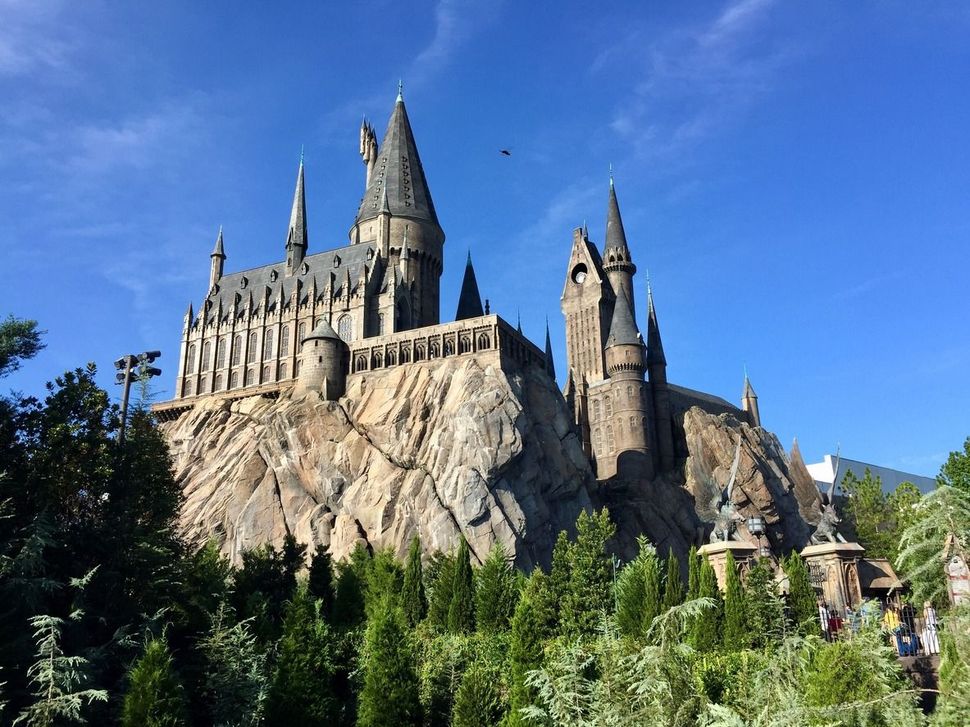 The rich colors and emotive illustrations that artist Mary GrandPre created for the original American editions of the “Harry Potter” series made an indelible impression on the imaginations of millions. 20 years later, Jewish artist Brian Selznick has created seven beautiful, eerie new covers for the anniversary edition of the series, set for release by Scholastic on June 26, 2018. In doing so, Selznick has elevated the often undersung female character Hermione Granger to a more appropriately prominent position than she has ever held on a cover before. Selznick’s lovely, sketch-like cover art heralds a more democratic era of Potter-fandom, following author JK Rowling’s many admissions over the past few years about sexual, racial, and religious diversity that often went unmentioned in the series.

You can take a look at the reveal for Selznick’s art here:

And here are the gorgeous 1998 American covers, by Mary GrandPre:

Harry Potter Covers from Around the World: Original US https://t.co/ckNRyeJaBW pic.twitter.com/WVqjkmT866

Selznick is a Jewish American illustrator who won the Caldecott Medal for the 2007 picture book “The Invention of Hugo Cabret,” which became the Martin Scorcese movie “Hugo.” Selznick told Yahoo that it was an “absolute honor” to illustrate the “Harry Potter” books, which he strongly identifies with (he is a “proud Hufflepuff.”) “I revisited the books and was especially moved by the relationships between the characters in J.K. Rowling’s magical world, so I wanted these covers to reflect that,” he said. Where original illustrator GrandPre successfully made the books’ title character the focus of each of her covers, Selznick takes a different tack, seamlessly integrating major characters and magical creatures on each cover. Hermione, who is featured in miniature behind Harry on an original cover, dominates the cover of the same book in Selznick’s rendering. And Dumbledore, who shares the original sixth cover with Harry, looms much larger on Selznick’s version. Magically, when all seven Selznick covers are placed together, the images knit together into one large tapestry.

And why not? It’s been two decades since the release of “Harry Potter” and to those of us who grew up alongside the young witches and wizards on Selznick’s covers, the world feels considerably darker than it used to. But by elevating diverse voices and uniting forces, we continue to illuminate the path to magic.